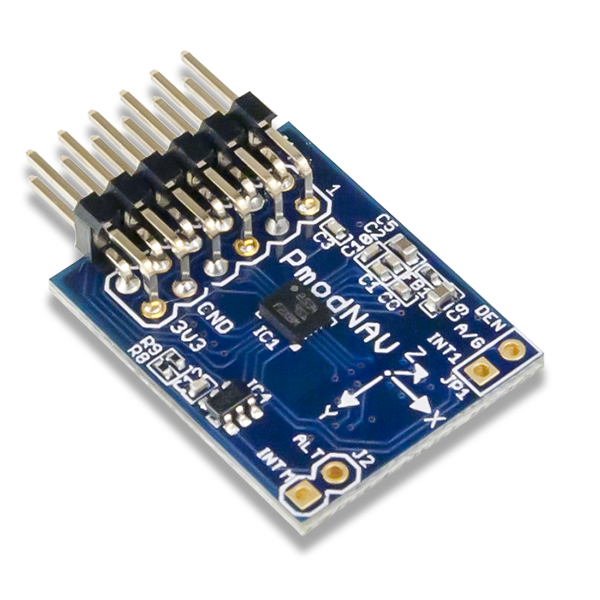 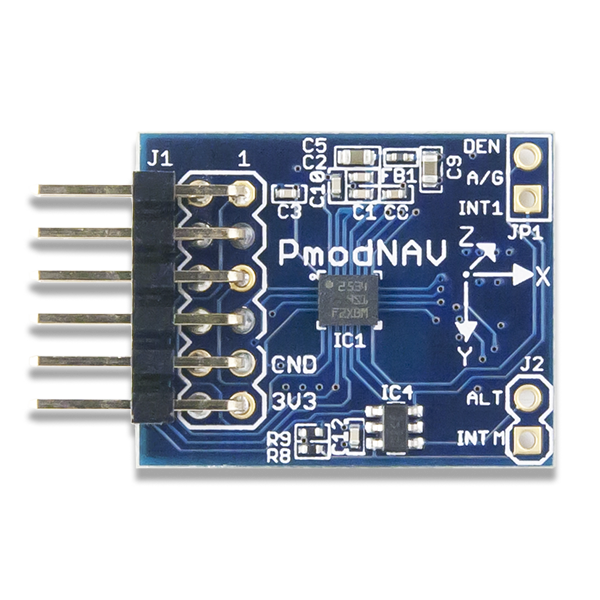 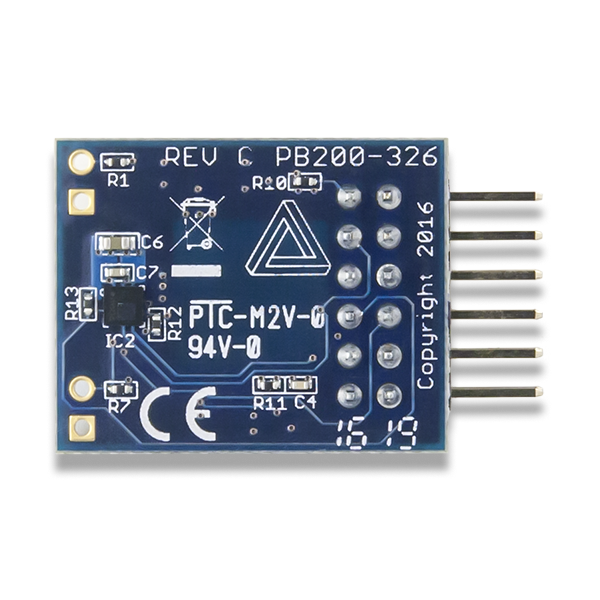 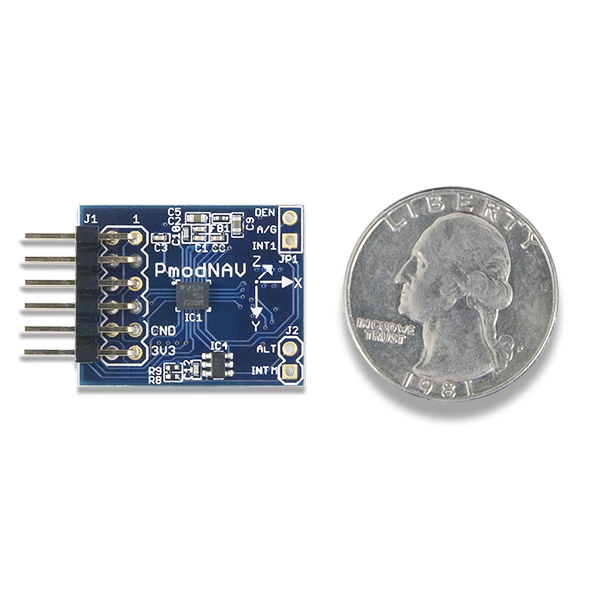 The Pmod NAV provides a variety of orientation related data allowing users to easily determine the exact position the module is in and where it is headed. With 16-bit full scale registers for acceleration, rotation, and orientation, and 24 bits of resolution for pressure data, users can easily figure out if their moving robot is falling over, how high in the air their hot air balloon is located, or which direction they are facing.

The Pmod NAV communicates with the host board via the SPI protocol. By pulling the appropriate chip select line low (either for the Accelerometer/Gyroscope, the Magnetometer, or the Barometer) users may collect data from any of the four available sensors on the Pmod NAV.

The accelerometer provides full-scale 16-bit signed data for all three Cartesian axes. All of the data is measured as linear acceleration since each axis is measured individually and are all isolated from each other. Gyroscopes measure the angular rotation rate of the module, indicating the degrees per second that the module is being rotated around each axis.

The magnetometer detects the magnetic field present around the module, including both the earth's magnetic field as well as the local magnetic environment around it. Each of the three magnetic axis registers provide signed 16-bit full-scale data with up to ±16 gauss sensitivity. Before using the magnetometer, users should run a calibration routine (available in the code example on the Pmod NAV Resource Center) to correct for any hard iron biases that may be present around them.

The final component on the Pmod NAV is an barometer with an absolute pressure range of 260 to 1260 hPa which is approximately equivalent to 0.25 to 1.25 atm. Note that as a piezoresistive pressure sensor on the Pmod NAV, you can only measure air pressure with the barometer rather than being able to also measure water pressure.

The Pmod NAV reports to the host board when users bring the appropriate chip select line low to then read the data from the registers on the LSM9DS1.

Any external power applied to the Pmod NAV must be within 1.9V and 3.6V; however, it is recommended that Pmod is operated at 3.3V.

The schematics of the Pmod NAV are available here. Additional information about the IMU including communication modes and specific timings of the chip can be found by checking out its datasheet here. Similarly, the datasheet for the barometer can be found here.

Example code demonstrating how to get information from the Pmod NAV can be found here.

If you have any questions or comments about the Pmod NAV, feel free to post them under the appropriate section (“Add-on Boards”) of the Digilent Forum.