The Digilent Pmod LS1 (Revision B) allows users to receive signals from multiple optical sensors, such as the popular combination of an IR LED with an IR sensor used in line-following robots. 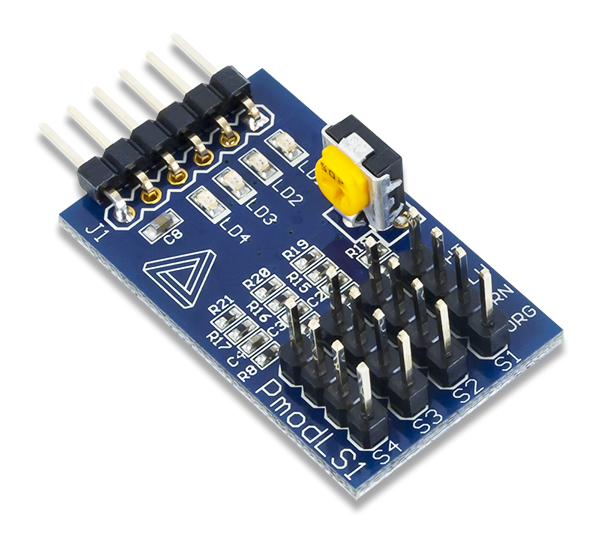 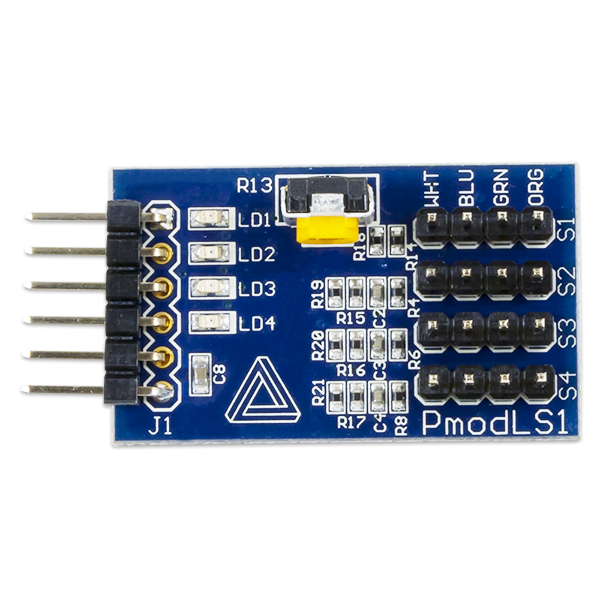 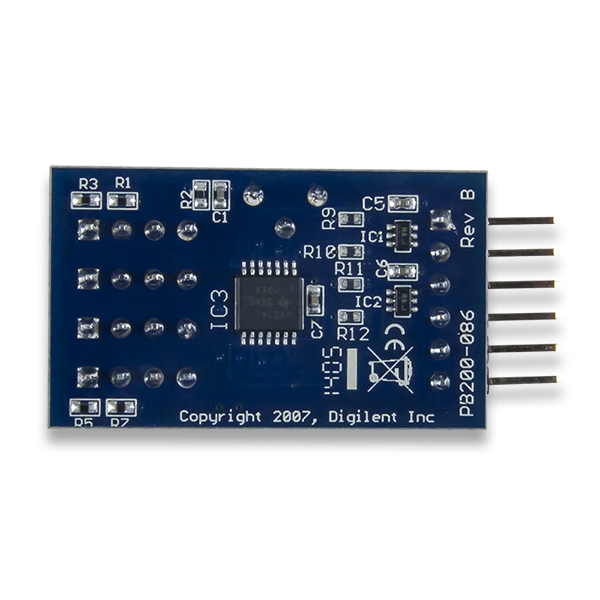 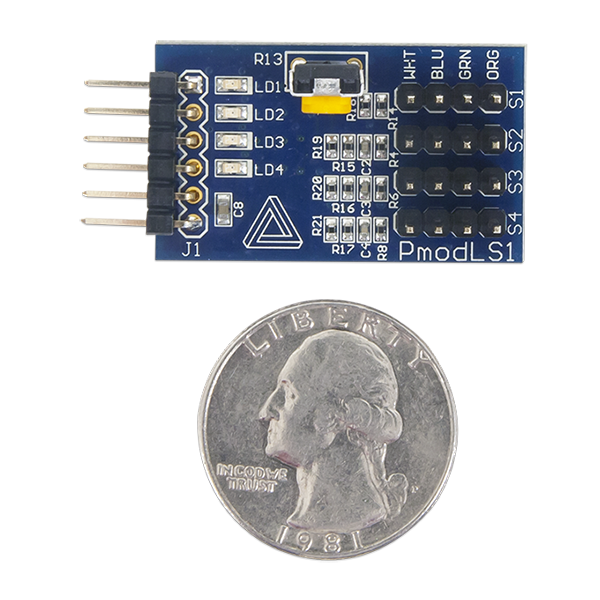 The Pmod LS1 is designed to be used with up to four sensors containing an infrared LED and an infrared-sensitive photo-transistor, such as the IR Proximity Sensor available from Digilent. When using Digilent’s sensors, refer to the print on the board indicating the wire color for the correct orientation of the wire. If third-party sensors are used, refer to the board schematic available at www.digilentinc.com for the proper connection of the LED and photo-transistor.

The module uses analog comparators to determine when the infrared detectors have sensed more infrared light than the threshold limit. The sensitivity of the sensors can be adjusted by adjusting the onboard potentiometer.

The Pmod LS1 communicates with the host board via the GPIO protocol. By the Pmod design, each of the outputs will only send a logic 1 value when its sensor is picking up more optical light than the threshold limit. When the light level is lower than the threshold limit, the output will instead send a logic 0 value. This style can then be connected to an interrupt within the system board for an ideal usage, although this is not necessary.

Any external power applied to the Pmod LS1 needs to be between 2.7V and 5.5V to ensure that no internal components on the Pmod are damaged. Digilent recommends operating this Pmod at 3.3V.

The schematics of the Pmod LS1 are available here. Additional information about the other components used within the Pmod such as the op-amp and the inverting Schmitt Trigger are available here and here in their respective datasheets.

Example code demonstrating how to get information from the Pmod LS1can be found here.

If you have any questions or comments about the Pmod LS1, feel free to post them under the appropriate section (“Add-on Boards”) of the Digilent Forum.