The Digilent Pmod LED (Revision A) contains 4 individual user LEDs that are driven through logic-level transistors. 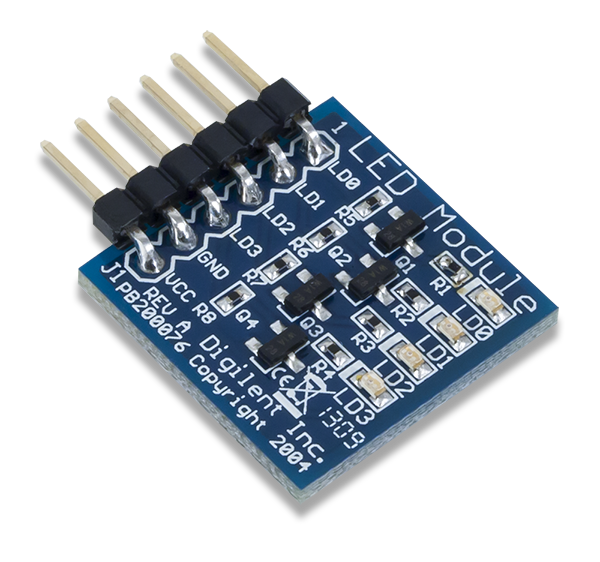 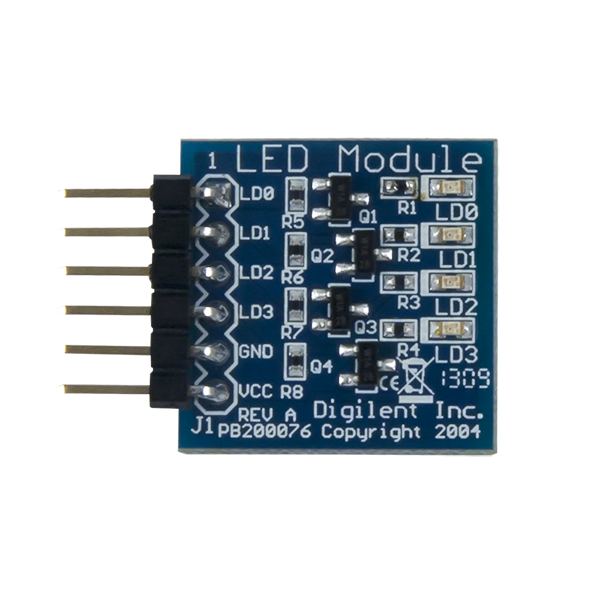 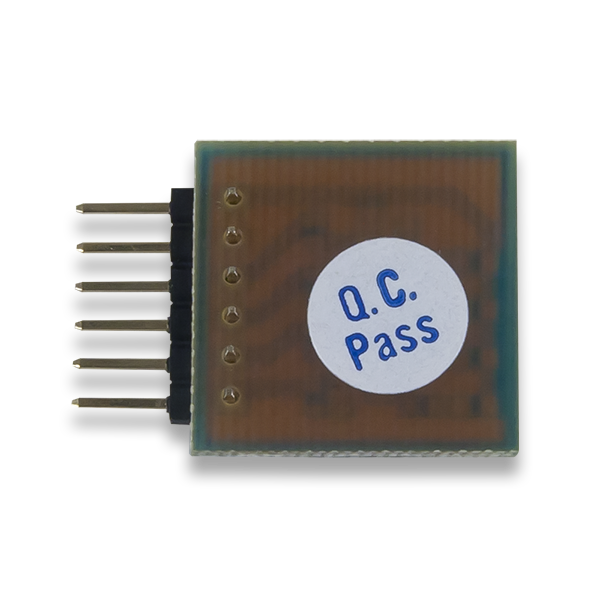 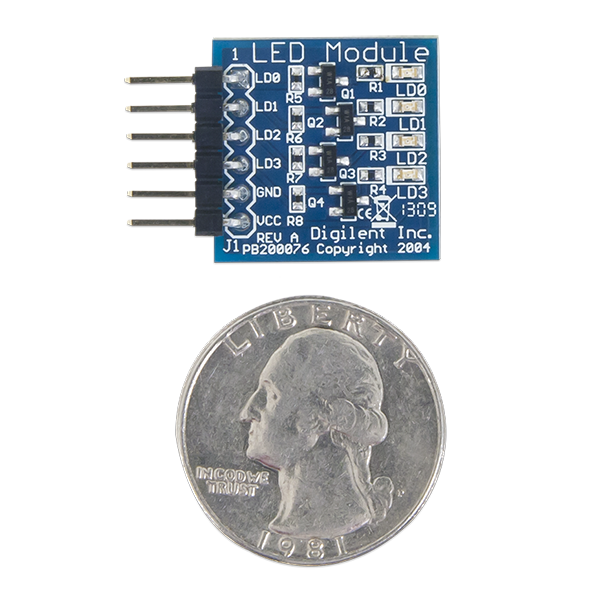 The Pmod LED utilizes logic-level transistors to light up four individual high-bright LEDs. Each LED can be turned on through the use of less than 1 mA of current, making this Pmod ideal for users needing small indicator lights.

The Pmod LED communicates with the host board via the GPIO protocol. A logic high level turns on the LED and a logic low signal turns off the LED . 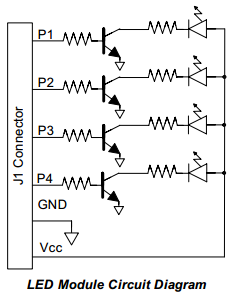 It is recommended that the Pmod LED is operated at 3.3V.

The schematics of the Pmod LED are available here.

Example code demonstrating how to get information from the Pmod LED can be found here.

If you have any questions or comments about the Pmod LED, feel free to post them under the appropriate section (“Add-on Boards”) of the Digilent Forum.