The Pmod I2S has been replaced with the Pmod I2S2.

The Digilent Pmod I2S (Revision A) is a stereo audio module that accepts all major audio data interface formats and sample rates. 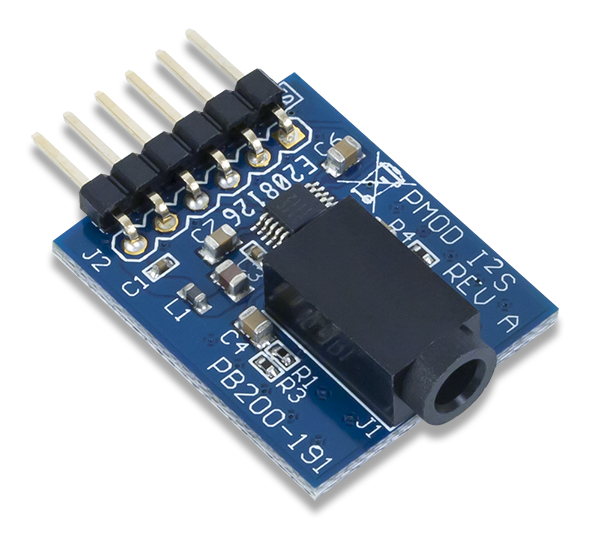 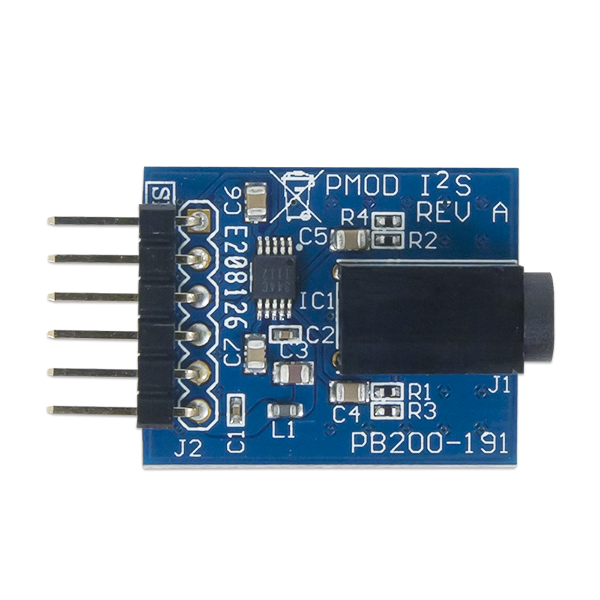 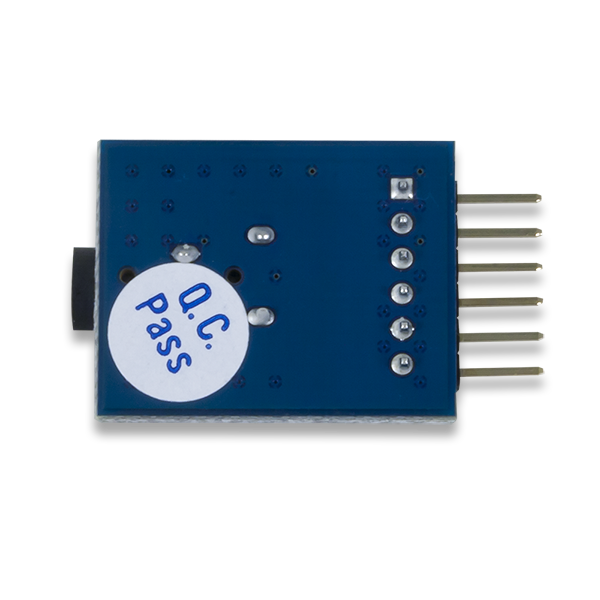 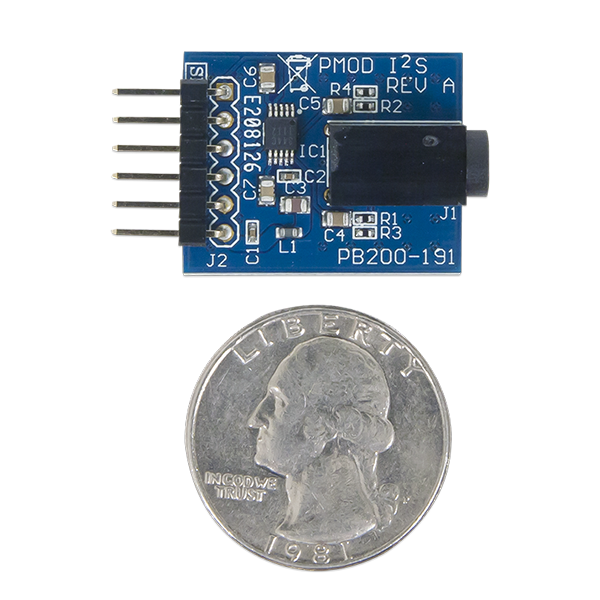 The Pmod I2S utilizes a Cirrus Logic CS4344 Stereo D/A converter to take digital audio data and output the corresponding analog signal through a standard stereo headphone jack. It is designed to work at standard audio rates, although the master clock can run anywhere from 512 kHz to 50 MHz.

The Pmod I2S communicates with the host board via the GPIO protocol. As this module uses the Integrated Interchip Sound (I²S) protocol, several different clock lines are required.

The fastest clock signal will be the Master Clock (MCLK); as the name implies, this signal will keep everything nicely synchronized. The sample rate (Fs) clock, also known as the Left-Right Clock (LRCK) or the Word Select (WS) clock, indicates when a particular set of data is to be placed on the left or right audio channel for stereo sound.

The final clock is the bit clock, labeled as the Serial Clock (SCK) on the Pmod. This clock can either be provided as a signal from the host board, or can be internally derived by the Pmod itself by providing at least two consecutive frames of the LRCK without providing any SCK signals. The on-board chip will then measure the Master Clock rate and the LRCK rate and determine an appropriate bit clock rate. However, the MCLK/LRCK ratio must meet a set ratio in order to generate an internal SCK, as outlined in the table below from the CS4344 datasheet.

The ratio between the MCLK and the LRCK rates must be an integer ratio so that the internal clock dividers can determine an appropriate bit rate. A table of commonly used sample rates and their corresponding MCLK rates from the CS4344 datasheet is provided below:

The delay of one bit clock cycle before transferring data at each LRCK change also implies that the least significant bit (LSB) of data will be transferred after the LRCK change has occurred. No particular phase relationship must be followed with this on-board chip, although the phase relationship must stay consistent throughout audio session. An example timing diagram of I²S from Texas Instruments is shown below:

Any external power applied to the Pmod I2S must be within 3V and 5.25V; however, it is recommended that Pmod is operated at 3.3V.

The schematics of the Pmod I2S are available here. Additional information the audio chip can be found from the Cirrus Logic datasheet here.

Example code demonstrating how to get information from the Pmod I2S can be found here.

If you have any questions or comments about the Pmod I2S, feel free to post them under the appropriate section (“Add-on Boards”) of the Digilent Forum.