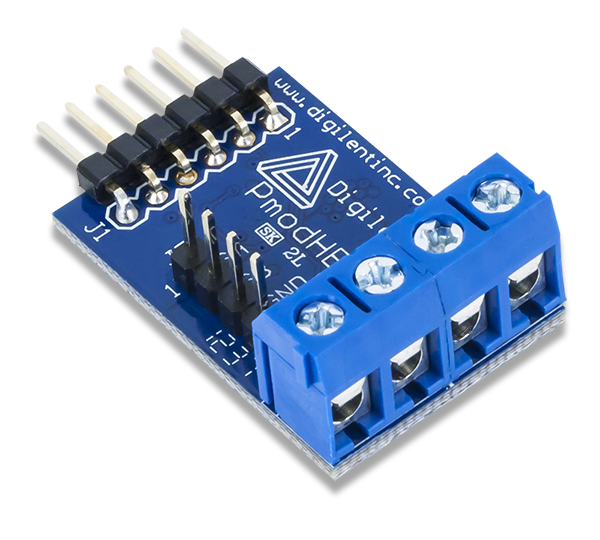 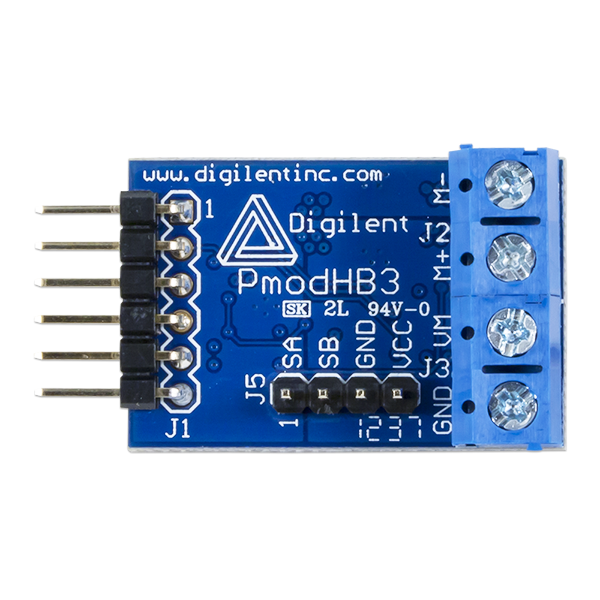 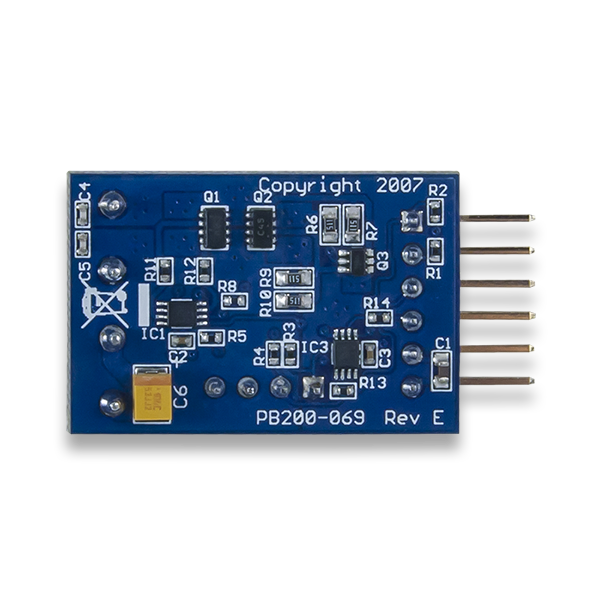 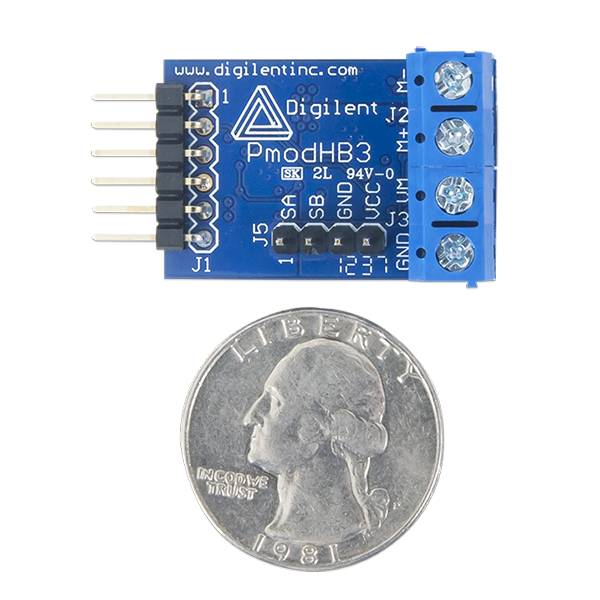 The Pmod HB3 utilizes a full H-Bridge circuit to allow users to drive DC motors from the system board. Two external pins are provided on the Pmod for sensor feedback on the DC motor, if desired. The H-Bridge is comprised of a NTHD4508N N-FET (Q1), a NTHD4401P P-FET (Q2), and a MBT3904DW1 transistor (Q3).

The Pmod HB3 communicates with the host board via the GPIO protocol. Like all H-Bridges, care must be taken to avoid causing a potential short within the circuitry. In terms of this Pmod, this means that the Direction pin must not change state while the Enable pin is at a high voltage state. If this does occur, one set of switches that are driving the motor will be closing while the other set is opening, allowing for the possibility for both sets of switches to be open at the same time, creating a short. As motors typically require higher voltages than a system board can provide, users will need to supply an external voltage source to the pair of terminal blocks on header J3, with a maximum voltage of 12V in order to allow the attached motors to spin.

To drive the motor at a specific speed, users will need to choose a static direction (forwards or backwards corresponding to high or low voltage) on the Direction pin, and then perform pulse width modulation on the Enable pin. The more often that an enable pin is driven high within a set time frame, the faster the DC motor will spin.

The way that this works is that when voltage is being applied, the motor is driven by the changing magnetic forces. When voltage is stopped, momentum causes the motor to continue spinning a while. At a high enough frequency, this process of powering and coasting enables the motor to achieve a smooth rotation rate that can easily be controlled through digital logic.

The schematics of the Pmod HB3 are available here.

Example code demonstrating how to get information from the Pmod HB3 can be found here.

If you have any questions or comments about the Pmod HB3, feel free to post them under the appropriate section (“Add-on Boards”) of the Digilent Forum.