The Digilent Pmod DPOT is a digital potentiometer allowing users to set a desired resistance anywhere from 60 to a nominal 10 kΩ. 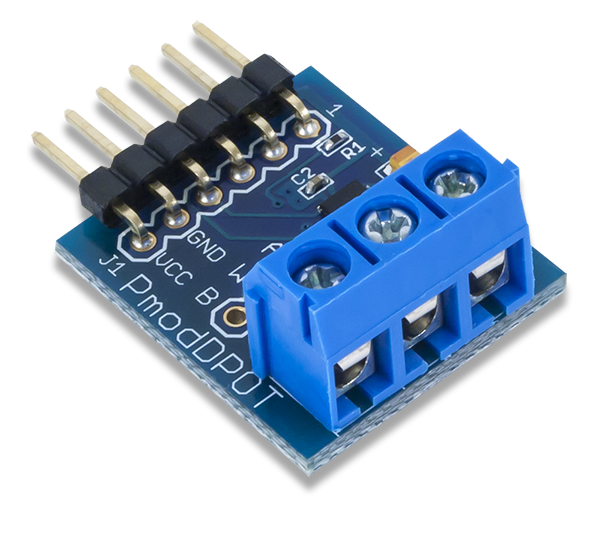 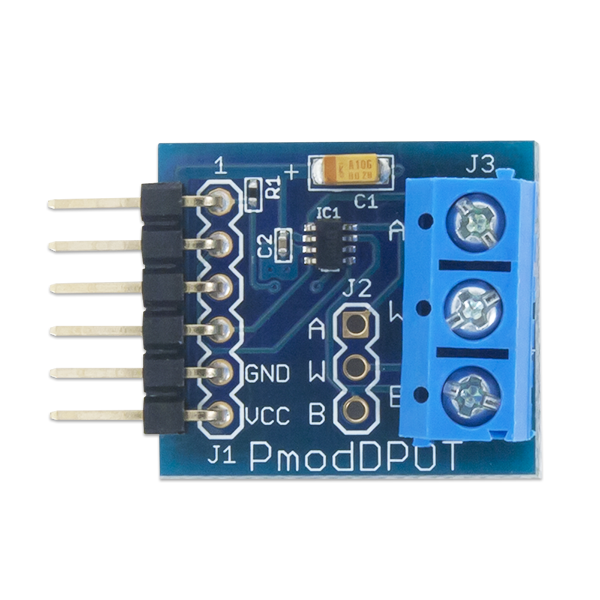 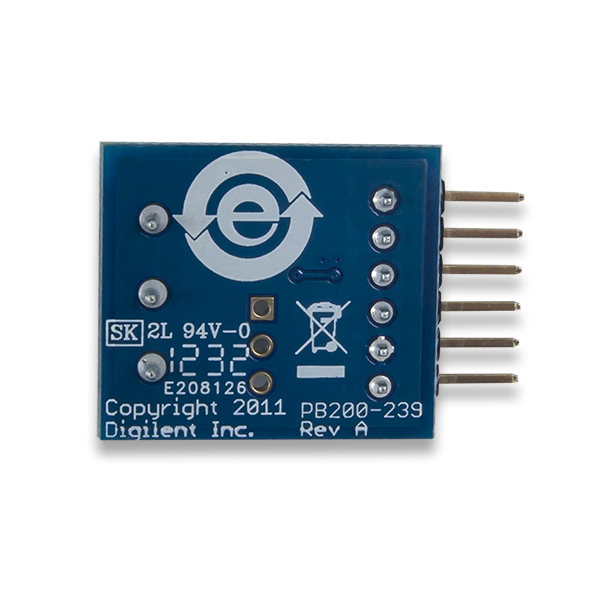 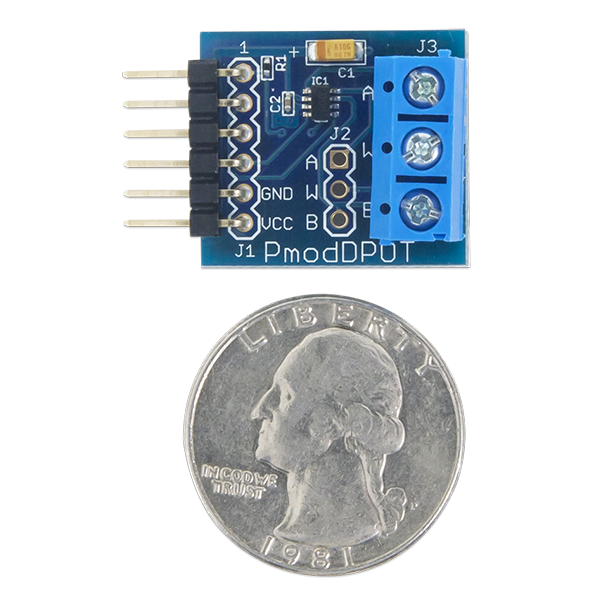 The Pmod DPOT communicates with the host board via the SPI protocol. By bringing the Chip Select (CS) line low, users may then provide 8-bits of data on the falling Serial Clock (SCLK) edge in SPI Mode 0. Once the 8 bits of data have been transferred, the rising edge of the CS line loads the data into the internal register DAC, whereupon the resistance between terminals is set.

The Pmod DPOT can be utilized in two different styles: a rheostat where users set a desired resistance between one outside terminal and the wiper terminal or in a voltage divider mode where the two outside terminals are powered at set voltages and a ratio of resistance is specified.

Equations for the programmable resistance values and output voltages are provided from the AD5160 datasheet below:

Here, RWA and RWB are the resistances calculated in the two above equations and VA and VB are the voltages applied at terminals A and B, respectively.

Care must be taken to ensure that current flow between the wiper terminal and either terminal A or B must be limited to a pulsed ±20mA or a continuous 4.7mA so that the power dissipation capabilities of the on-board chip is not exceeded.

Any external power applied to the Pmod DPOT must be within 2.7V and 5.5V; however, it is recommended that Pmod is operated at 3.3V. Users must also ensure that any voltage applied to the outside terminals is between GND and VCC.

The schematics of the Pmod DPOT are available here. Additional information about the digital potentiometer including specific timings of the chip can be found by checking out its datasheet here.

Example code demonstrating how to get information from the Pmod DPOT can be found here.

If you have any questions or comments about the Pmod DPOT, feel free to post them under the appropriate section (“Add-on Boards”) of the Digilent Forum.