The Digilent Pmod DHB1 is a dual H-Bridge motor driver that is capable of driving two DC motors, a bipolar stepper motor, and other devices with inductive loads. 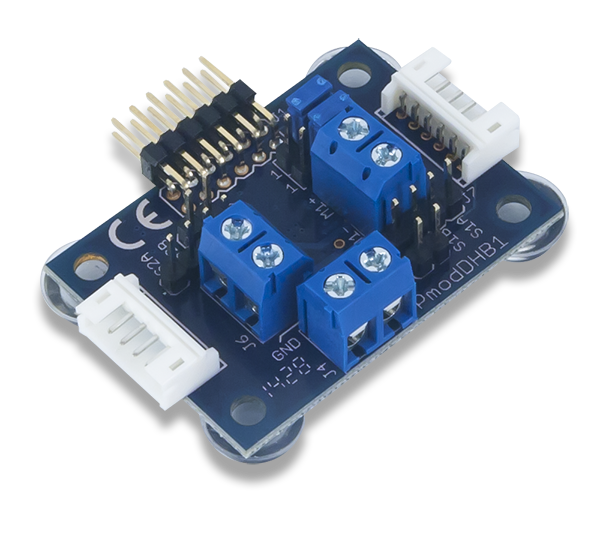 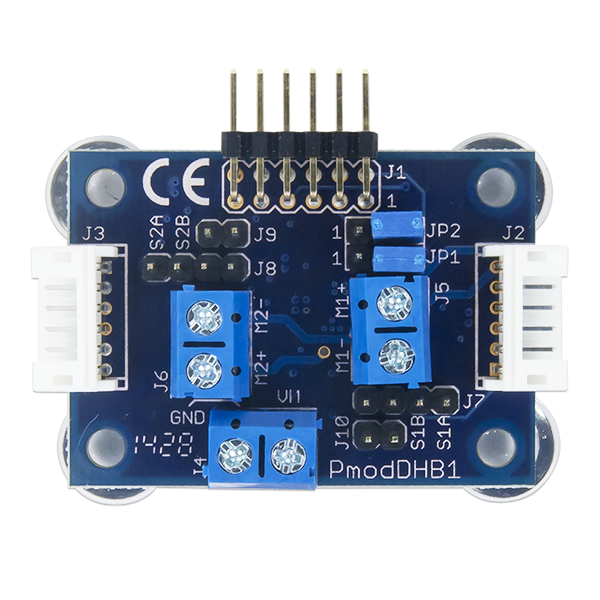 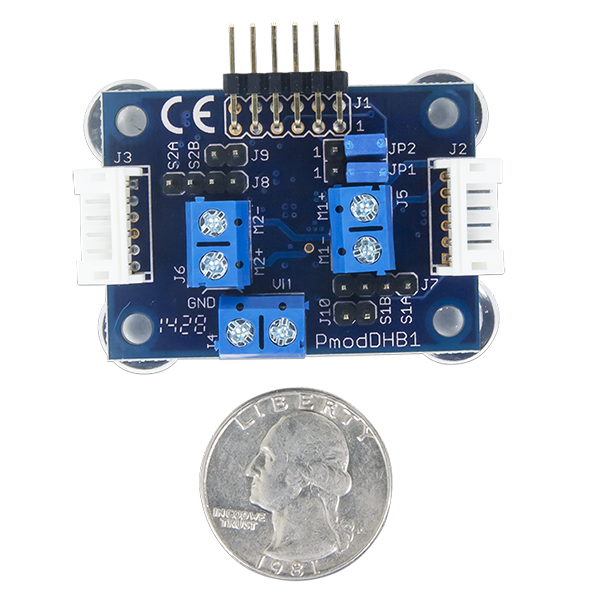 The Pmod DHB1 utilizes TI's DRV8833 to drive a variety of systems. With the two built in H-Bridges and pull down resistors on the inputs, users may run two DC motors or a single bipolar stepper motor in fast decay mode.

The Pmod DHB1 communicates with the host board via the GPIO protocol. By driving the enable (EN) pins with a PWM signal and a logic level low or high voltage signal on the direction (DIR) pins, users are able to run DC motors at various speeds.

A truth table listing out the various possible combinations and results of the EN and DIR pins is provided below:

Note that like all H-Bridges, it is recommended that the EN pin is driven to a low voltage state before changing the voltage state on the DIR pin to ensure that the FETs are not short-circuited.

Two sensor feedback pins for both motors are provided so users can capture the signals coming from any Hall Effect Sensors in quadrature.

Any external power applied to the Pmod DHB1 must be within 2.7V and 10.8V; however, it is recommended that Pmod is operated at 3.3V.

The schematics of the Pmod DHB1 are available here. Additional information about the motor driver including specific timings of the chip can be found by checking out its datasheet here.

Example code demonstrating how to get information from the Pmod DHB1 can be found here.

If you have any questions or comments about the Pmod DHB1, feel free to post them under the appropriate section (“Add-on Boards”) of the Digilent Forum.