The Digilent Pmod DA4 (Revision A) is an octal, 12-bit Digital-to-Analog converter module. 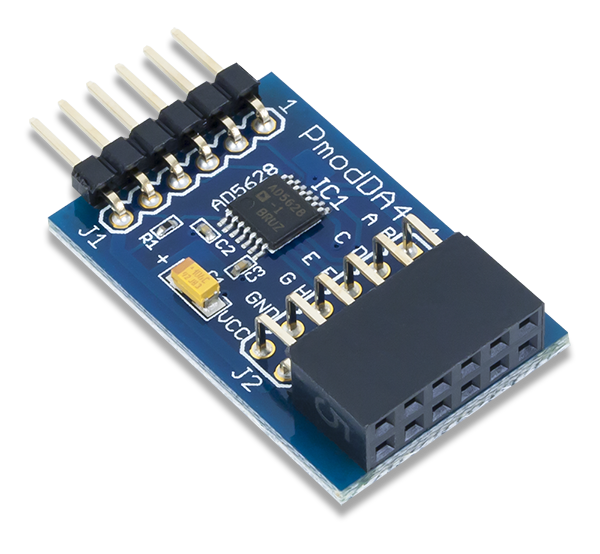 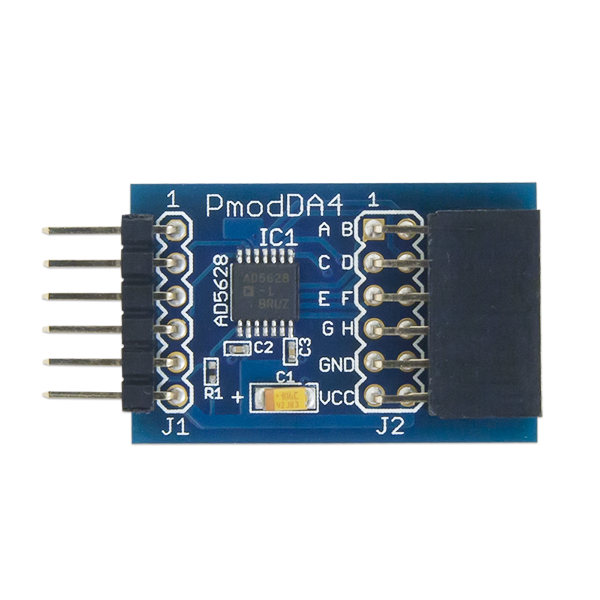 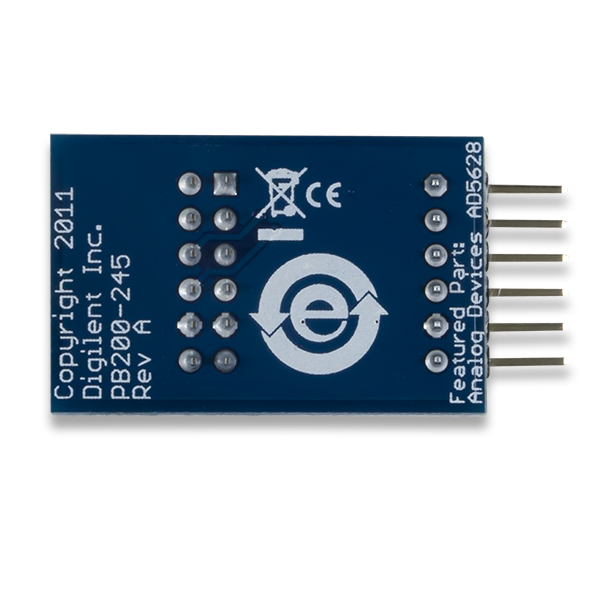 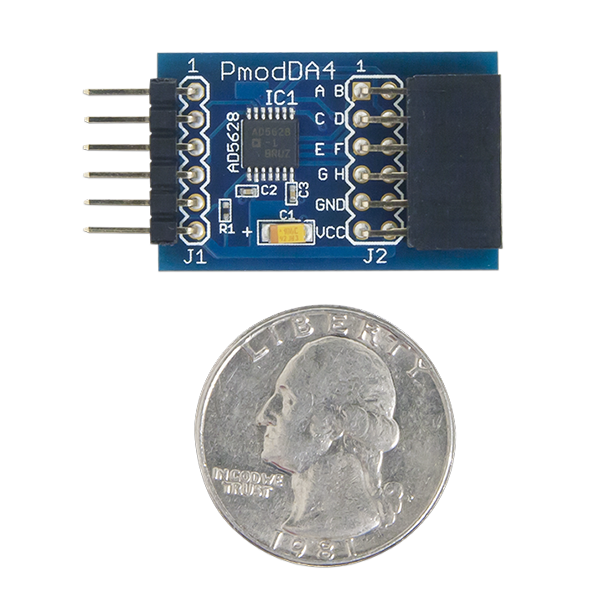 The Pmod DA4 utilizes Analog Devices AD5628-1 to provide a single DAC capable of 8 simultaneous output channels. With its internal reference voltage of 1.25V and a gain of 2, a resolution of approximately 1 mV can be achieved.

The Pmod DA4 communicates with the host board via the SPI protocol. By driving the Chip Select (CS) line to a logic level low voltage, users may send a series of 32 bits of information with the data clocked into the appropriate register on the falling edge of the Serial Clock (SCLK). Once the 32nd bit of information has been clocked in, the command that was sent in the data stream is executed.

An example data stream of how the 32 bits are to be sent to the module is provided below from the AD5628 datasheet:

The various commands and addresses available for the on-board AD5628 can be found on page 22 of its datasheet.

Any external power applied to the Pmod DA4 must be within 2.7V and 5.5V; however, it is recommended that Pmod is operated at 3.3V.

The schematics of the Pmod DA4 are available here. Additional information about the DAC including communication modes and specific timings of the chip can be found by checking out its datasheet here.

Example code demonstrating how to get information from the Pmod DA4 can be found here.

If you have any questions or comments about the Pmod DA4, feel free to post them under the appropriate section (“Add-on Boards”) of the Digilent Forum.