The Digilent Pmod DA2 is a 2 channel 12-bit Digital-to-Analog Converter module capable of outputting data up to 16.5 MSa. 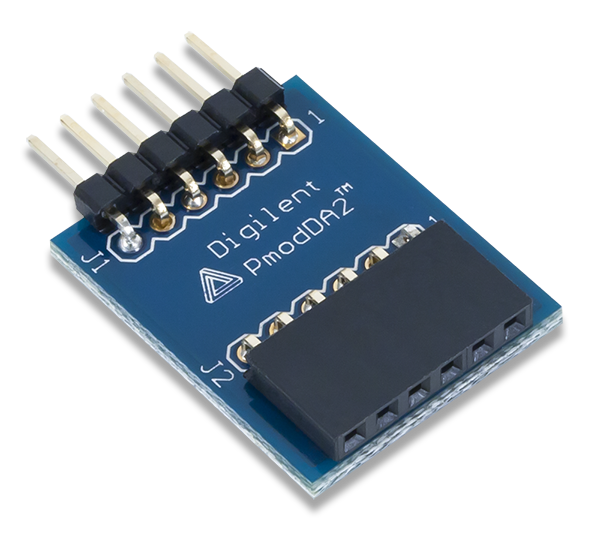 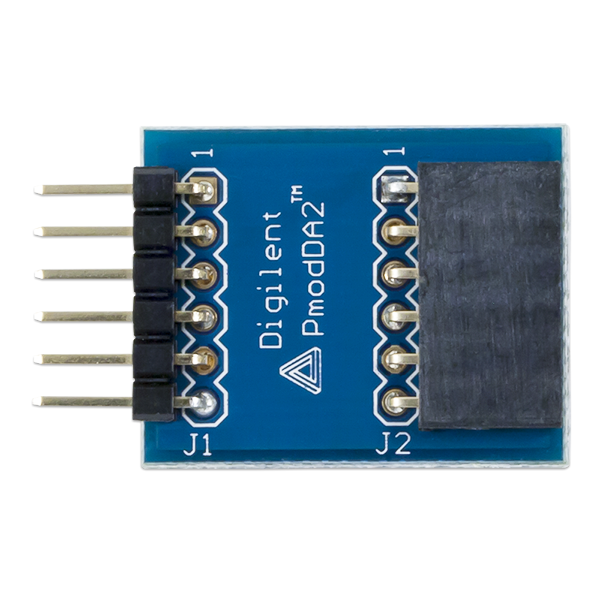 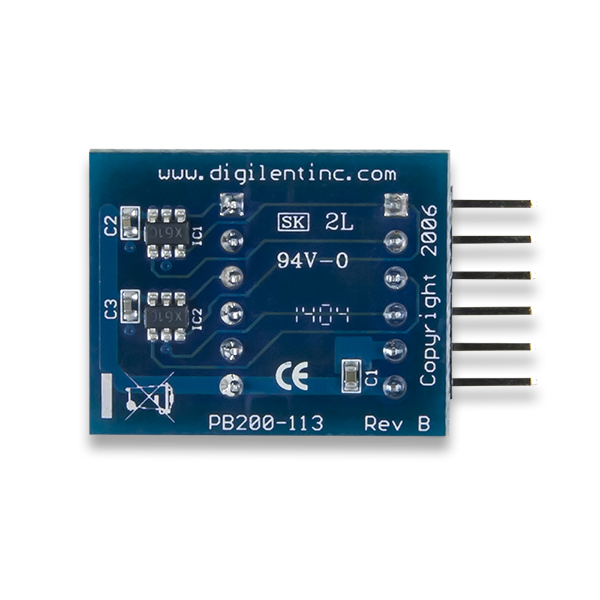 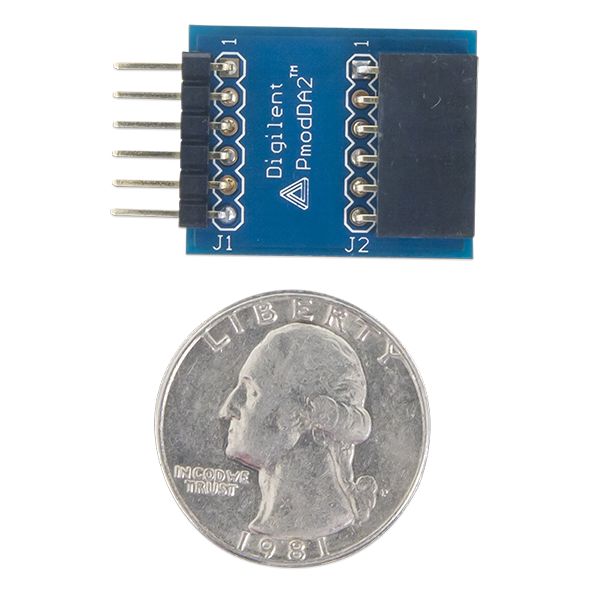 The Pmod DA2 provides two channels of 12-bit Digital-to-Analog conversion, allowing users to achieve a resolution up to about 1mV.

The Pmod DA2 communicates with the host board via an SPI-like protocol. By bringing the Chip Select line to a low voltage state, users may send a series of 16 clock pulses on the Serial Clock line (SCLK). The data is sent out with the most significant bit (MSB) first on the last 12 clock pulses. An example data stream of how the data might look is provided from the TI datasheet below: 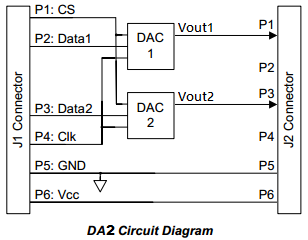 Any external power applied to the Pmod DA2 must be within 2.7V and 5.5V; however, it is recommended that Pmod is operated at 3.3V.

The schematics of the Pmod DA2 are available here. Additional information about the DAC including communication modes and specific timings of the chip can be found by checking out its datasheet here.

Example code demonstrating how to get information from the Pmod DA2 can be found here.

If you have any questions or comments about the Pmod DA2, feel free to post them under the appropriate section (“Add-on Boards”) of the Digilent Forum.