The Digilent Pmod CON4 (Revision B) allows users to act as a transceiver with two RCA audio jacks. 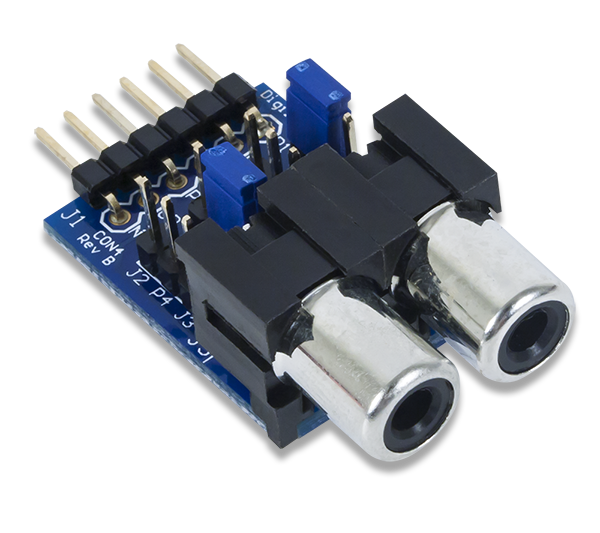 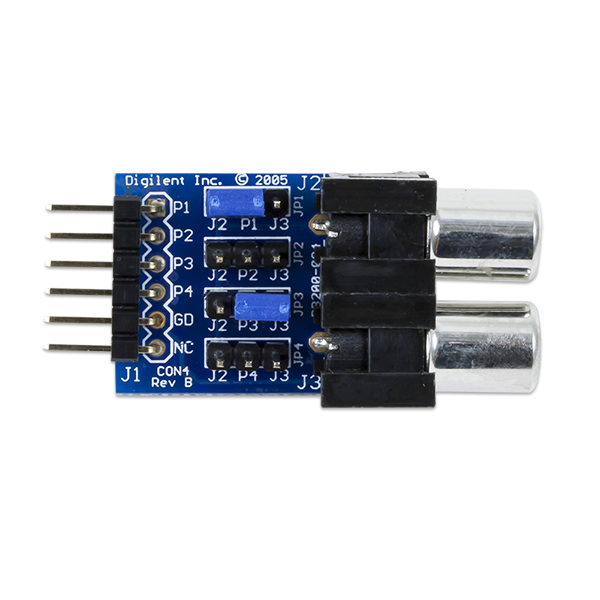 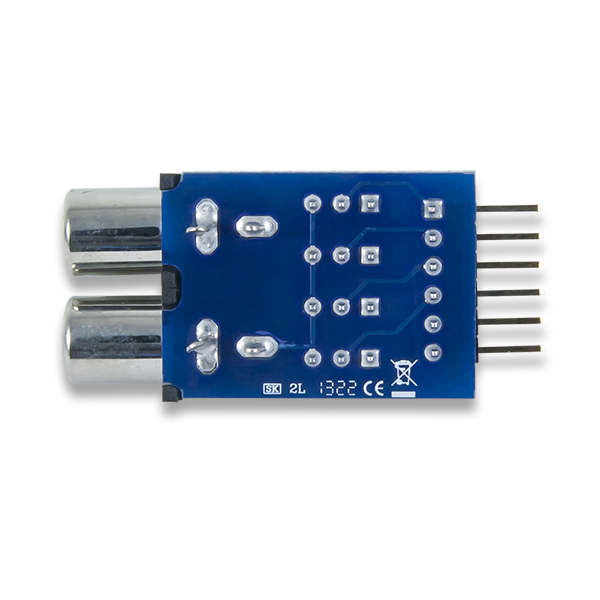 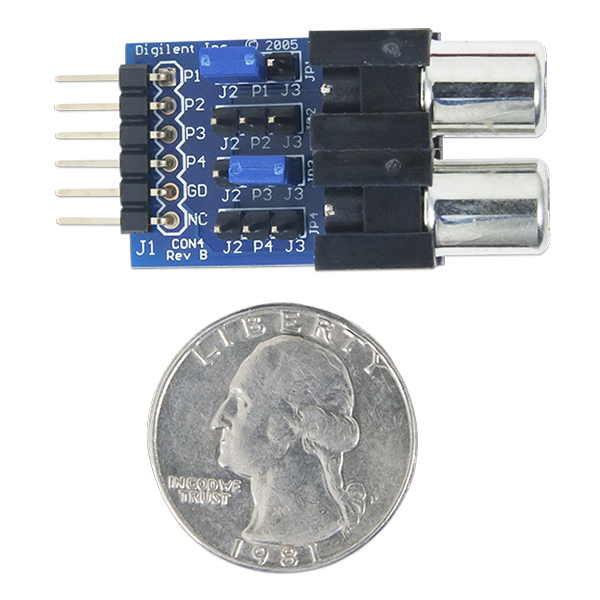 The Pmod CON4 is able to route any GPIO based audio signal from one of its four input pins (pins 1 through 4 on the 1×6 pin header) to either one of the RCA audio jacks via the jumper block present on each of the inputs.

The Pmod CON4 is able to both receive and transmit audio (or other) signals to one of the two RCA jacks. However, only one input/output pin can be attached to an RCA audio jack at a time. If two or more are tied to the same jack, there is a chance that one output will be at a high voltage and the other output at a low voltage, effectively shorting those two pins and potentially damaging the system board. 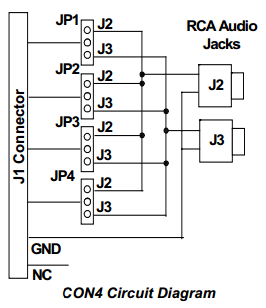 Since RCA jacks typically send or receive analog voltage signals, users can easily connect the Pmod CON4 to either an ADC or DAC module such as the PmodAD5 or the PmodDA4.

The schematics of the Pmod CON4 are available here.

Example code demonstrating how to get information from the Pmod CON4 can be found here.

If you have any questions or comments about the Pmod CON4, feel free to post them under the appropriate section (“Add-on Boards”) of the Digilent Forum.