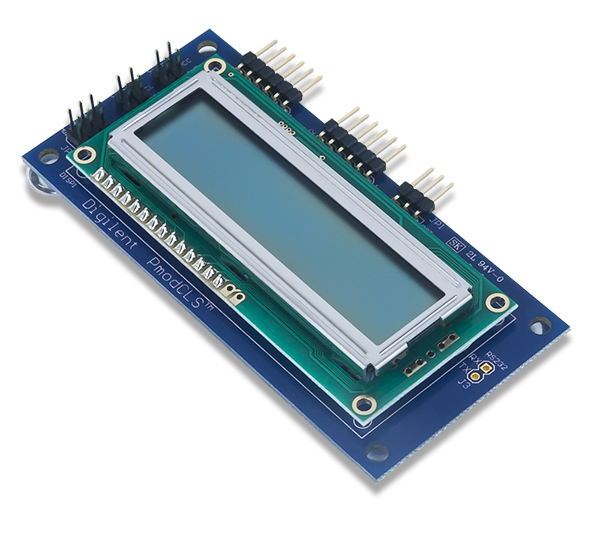 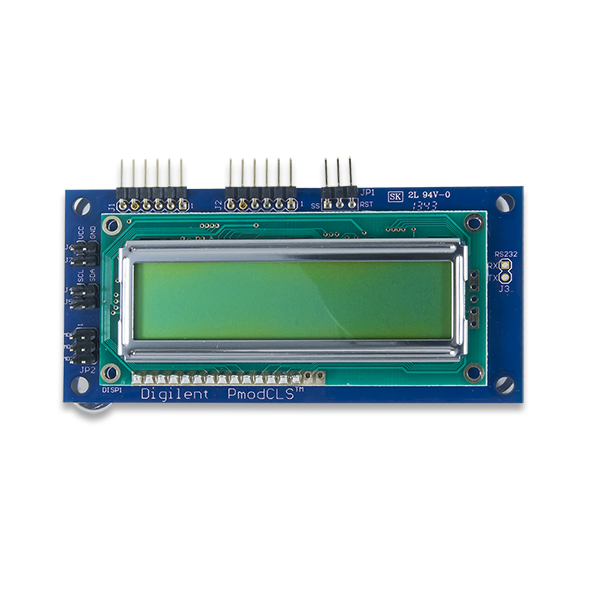 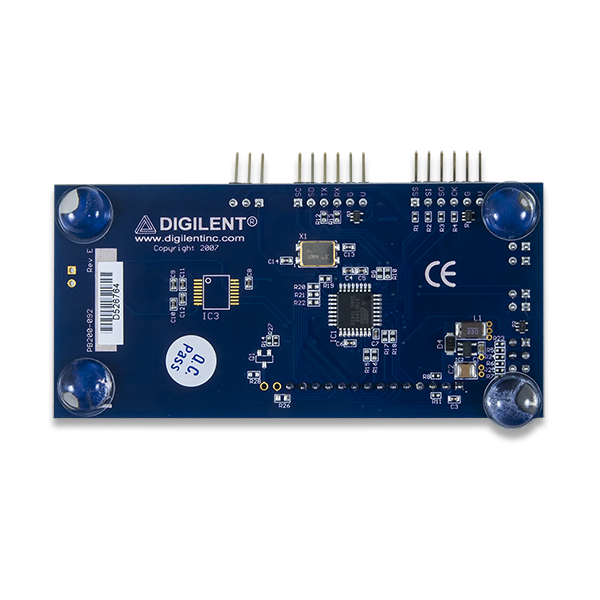 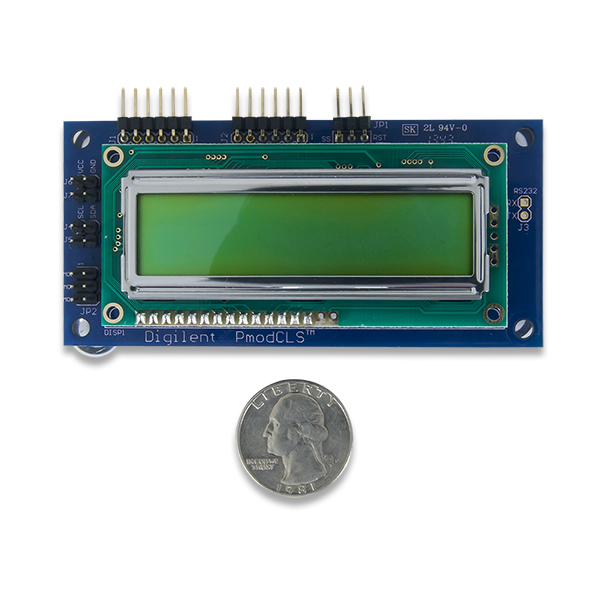 The Pmod CLS module can be used to display important information during program development or as a user interface after the project has been completed. The module is ideally suited for microcontroller boards but can also be used in projects using a FPGA board.

The module is capable of executing a variety of instructions such as erasing specific characters, setting different display modes, scrolling, and displaying user-defined characters. These instructions are specified using escape sequences to send commands to the board’s embedded Atmel ATmega48 microcontroller. The display on the module is driven by this AVR and controls all of the features of the board.

The Pmod CLS can communicate with the host board through the SPI, I²C, and UART protocols.

Through these protocol standards users are able to set the cursor location and send other instructions by sending escape sequences. An escape sequence is specified by first sending the escape character (0x1B) followed by a left square bracket ‘[‘ (0x5B), and then one or more numeric parameters followed by the command character for the specific command. Check out our Pmod CLS User Guide for a complete list of instruction commands or feel free to use our provided example code in the Pmod CLS Resource Center. 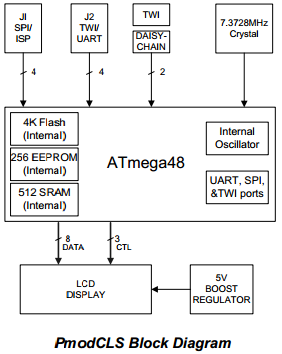 Any external power applied to the Pmod CLS must be within 2.7V and 5.5V; if you are powering the Pmod from its VCC pin, you must operate the Pmod at 3.3V in order for the on-board step-up switching regulator to work correctly.

If you have any questions or comments about the Pmod CLS, feel free to post them under the appropriate section (“Add-on Boards”) of the Digilent Forum.