The Digilent Pmod AMP3 features an Analog Devices SSM2518 2 Watt Class-D Audio Power Amplifier. The module enables the use of I²S audio protocol or TDM to produce stereo audio at various sampling frequencies. Users may configure the digital volume and dynamic range control via an I²C interface. Additionally, the Pmod AMP3 may be used in a stand-alone mode that does not require the use of the I²C interface. 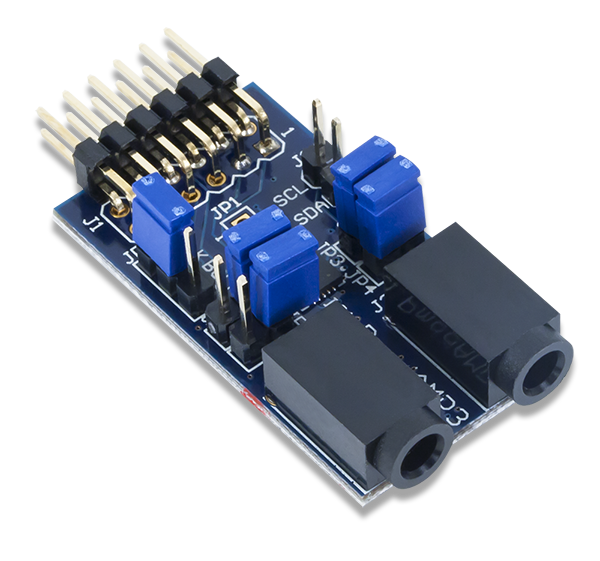 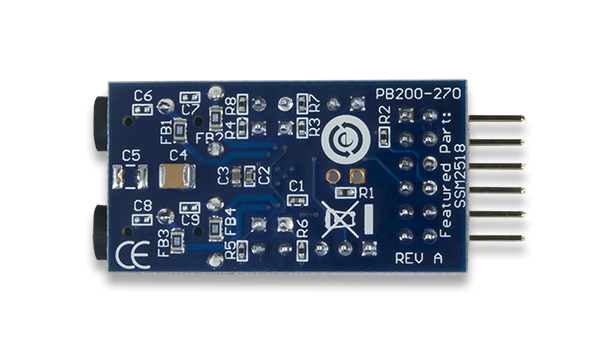 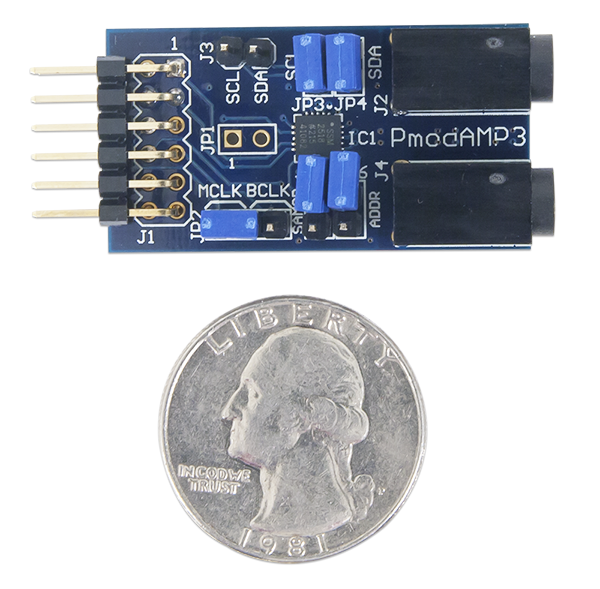 Within the stand-alone mode jumper JP3 configuration determines whether to use Standard or Left Justified I²S protocol. Jumper JP4 determines if the MCLK input is 256 or 384 times the audio sampling frequency Fs. The jumper JP6 configures the amplifier to output at either 0dB or +12dB gain.

If JP5 is loaded, I²C is enabled so that the on-board chip can be configured. Consequently, the shorting blocks on both JP3 and JP4 must be removed so that the SCL and SDA lines are pulled to a logic high voltage state. JP6 sets the I²C address of the Pmod; both addresses are valid, but a user may want to use one particular address if another I²C device on the bus is using the other address.

Note: Both the 0dB and +12dB gain modes are very loud. You should take care to protect both yourself and your equipment when operating in stand-alone mode. Digilent recommends that you use the programmable mode and set the gain to -12dB or lower.

The I²C programmable mode is used to set alternate Master Clock (MCLK) and Bit Clock (BCLK) ratios as well as configure the Dynamic Range Control (DRC). More information about these options is available in our user guide.

To transfer audio data in the I²S audio format, the MCLK, BCLK, the Left/Right Word Clock (LRCLK), and the data (SDATA) will need to be provided either internally or externally as appropriate. This module is able to receive audio data anywhere between 8 and 32-bits of resolution. An example timing diagram from Texas Instruments on how I²S data is to be sent to the module is provided below: 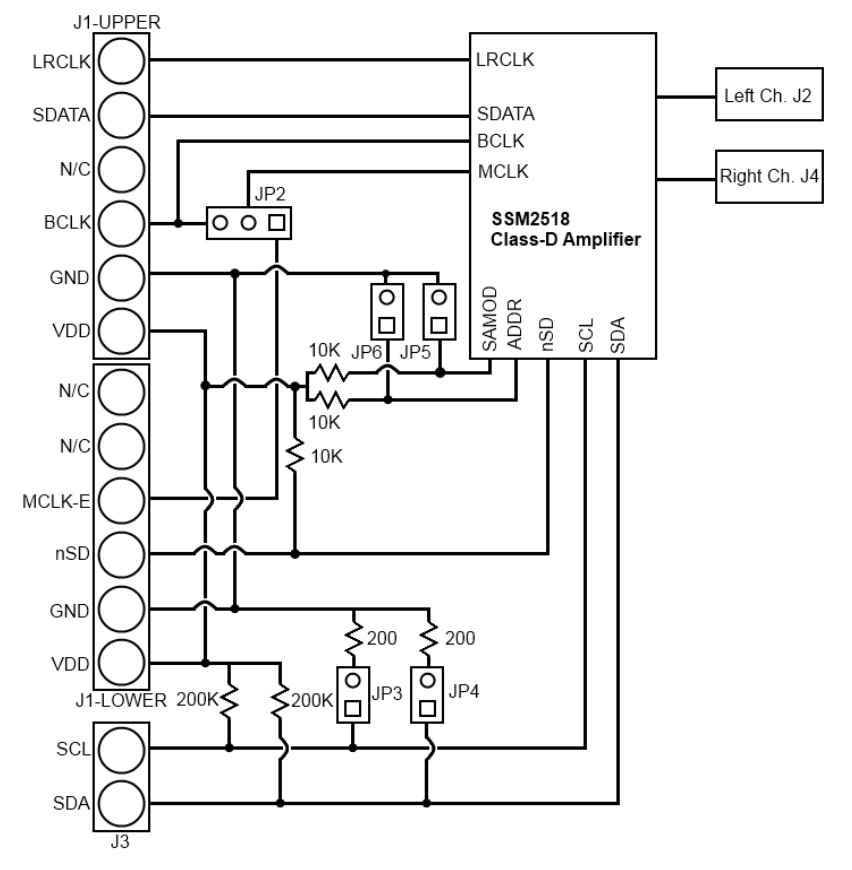 Any external power applied to the Pmod AMP3 must be within 2.5V and 5.5V; however, it is recommended that Pmod is operated at 3.3V.

The schematics of the Pmod AMP3 are available here. Additional information about the audio amplifier including communication modes and specific timings of the chip can be found by checking out its datasheet here.

If you have any questions or comments about the Pmod AMP3, feel free to post them under the appropriate section (“Add-on Boards”) of the Digilent Forum.