The Digilent Pmod AD1 (Revision G) is a two channel 12-bit analog-to-digital converter that features Analog Devices' AD7476A. With a sampling rate of up to 1 million samples per second, this Pmod™ is capable of excelling in even the most demanding audio applications. 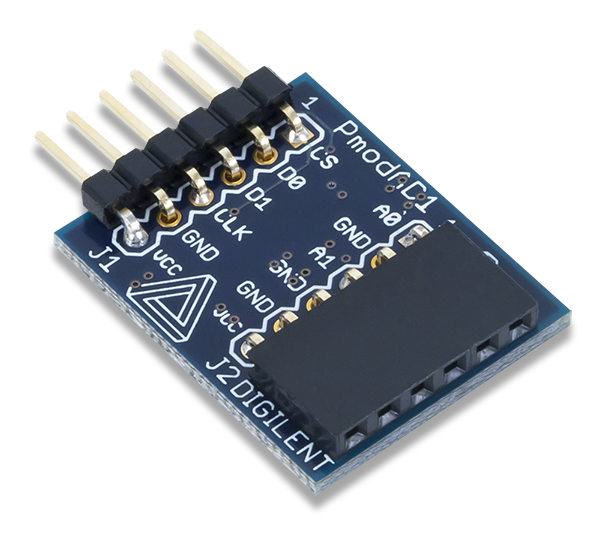 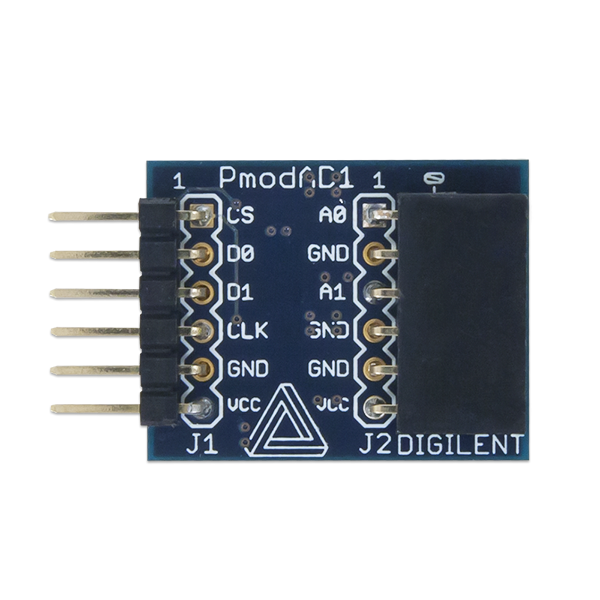 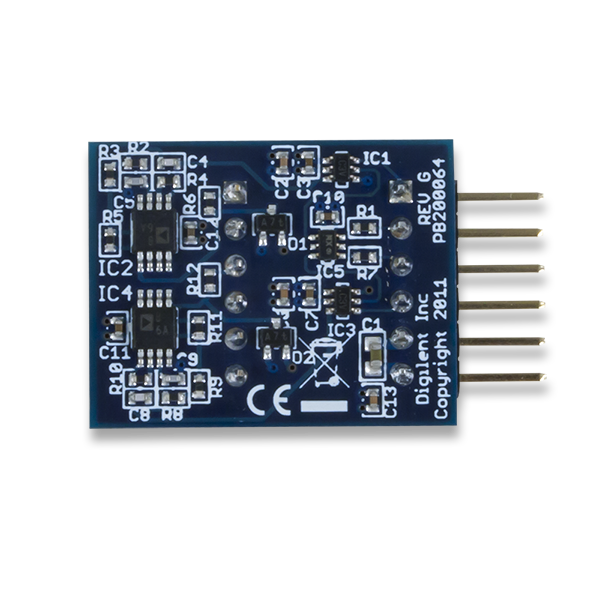 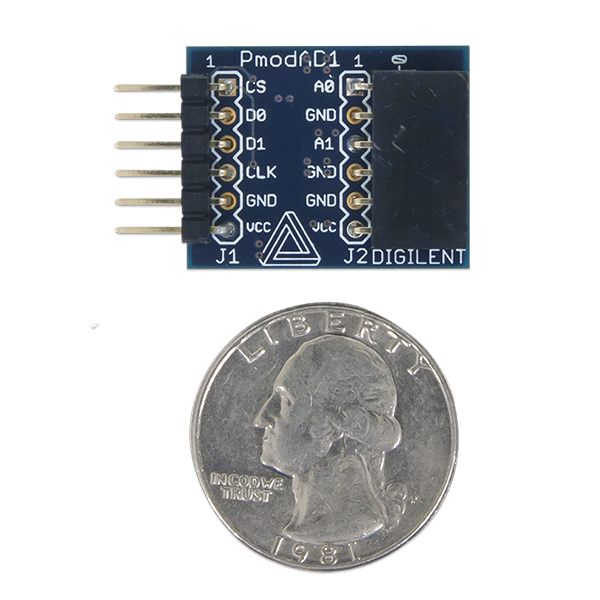 The Pmod AD1 converts an analog input signal ranging from 0 volts to Vdd to a 12-bit digital value in the range 0 to 4095. As each of the A/D channels are separate from each other, the user can convert a single stream of analog signals with just one channel or convert two different streams of analog signals simultaneously. Because each of the ADCs are able to provide up to 1 MSa of their 12-bit conversions, a 2-pole Sallen-Key anti-alias filter with poles set to 500 kHz are provided to keep analog input bandwidths to a suitable frequency range.

The Pmod AD1 communicates with the host board via an SPI-like communication protocol. The difference between the standard SPI protocol and this protocol is manifested in the pin arrangement on this Pmod. A typical SPI interface would expect a Chip Select, a Master-Out-Slave-In, a Master-in-Slave-Out, and a Serial Clock signal. However, with the two ADCs on this chip both of the data lines, MOSI and MISO, are designed to operate only as outputs, making them both Master-In-Slave-Out data lines.

A pinout table and diagram for the Pmod AD1 are provided below: 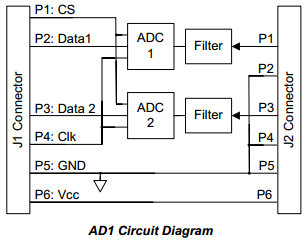 Any external power applied to the Pmod AD1 must be within 2.35 to 5.25 volts to ensure that all of the components in the Pmod AD1 work correctly.

Example code demonstrating how to get information from the Pmod AD1 can be found here.

If you have any questions or comments about the Pmod AD1, feel free to post them under the appropriate section (“Add-on Boards”) of the Digilent Forum.