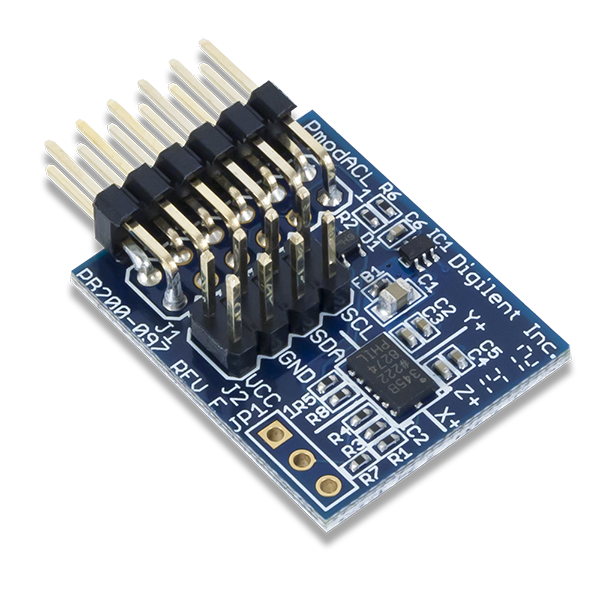 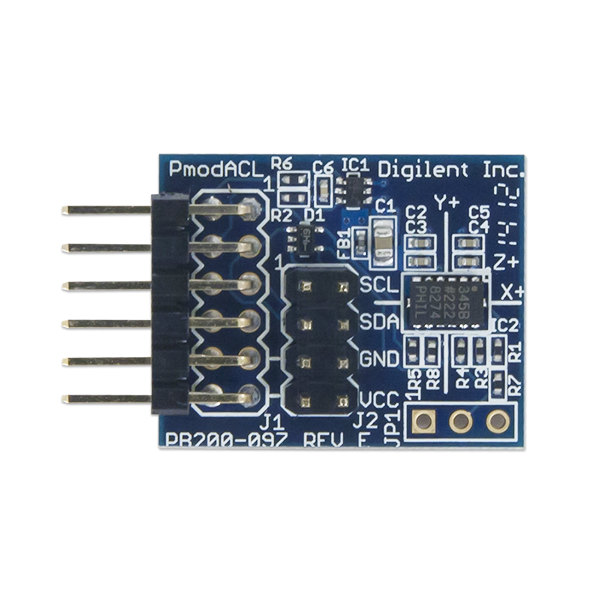 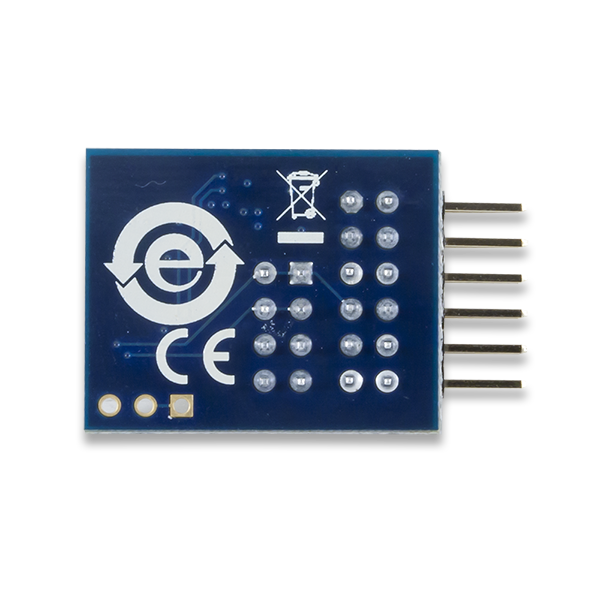 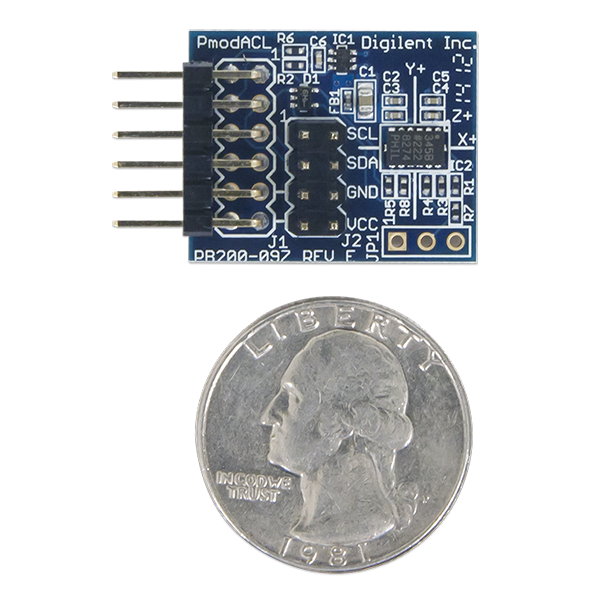 The Pmod ACL utilizes Analog Devices ADXL345 to provide high resolution acceleration changes including inclination changes of less than 1.0°. With free fall and single/double tap detection capabilities, the Pmod ACL can be configured to take measurements on the user's whim.

Once an interrupt has been generated, users may read the data registers (0x32 - 0x37) for the 10 bits of two's complement data in the X, Y, and Z axes, respectively. The data in the two registers for each axis is right justified with sign extensions as the leading 6 bits. Reading the Interrupt source register (0x30) clears the activity interrupt bit D4.

Users may also follow the given example code functions and demonstration to start collecting accelerometer data.

Any external power applied to the Pmod ACL must be within 2.0V and 3.6V; it is strongly recommended that Pmod is operated at 3.3V.

The schematics of the Pmod ACL are available here. Additional information about the accelerometer including communication modes and specific timings of the chip can be found by checking out its datasheet here.

Example code demonstrating how to get information from the Pmod ACL can be found here.

If you have any questions or comments about the Pmod ACL, feel free to post them under the appropriate section (“Add-on Boards”) of the Digilent Forum.