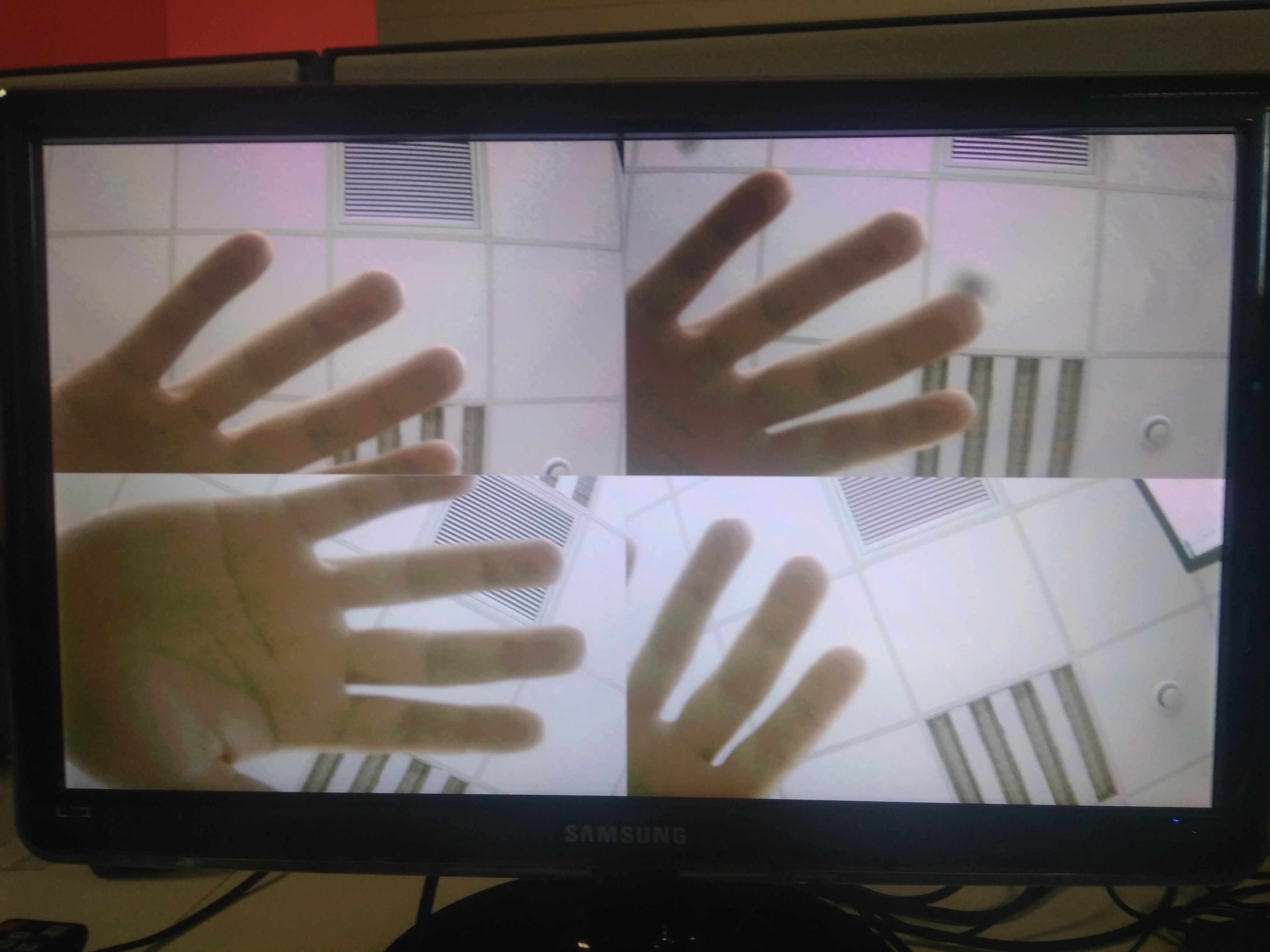 This project demonstrates the usage of the FMC Pcam Adapter as an interface from one up to four different Pcam cameras and the ZedBoard platform. The Video Stream from each different camera is getting in through the MIPI/FMC connectors and out through the carrier VGA port. For errors and feed-back messages, an uart interface is present.

Please follow the instructions that are listed in the chapter “DEMO” of the README file (check here). Keep in mind that you have to export the hardware platform and the bitstream file before launching SDK. Return to this guide when prompted to check for additional hardware requirements and setup.

Plug one end of the VGA cable into the VGA port of the ZedBoard and the other end into your VGA monitor. Attach a USB micro cable between the J7 programming port and your computer. Also, attach a second USB micro cable between J14 UART port and your computer. After this, attach an external 12V power supply. Finally, make sure that VADJ is set to 3V3 and all the MIOs pins are connected to SIG and GND. This sets the primary boot mode to JTAG.

First, you have to make sure that all the Pcam connectors in which you want to insert the FFC cable are open. Pull the black plastic tab on the edge of the connector out, away from the opening of the connector. This opens the connector, as it can be seen in the first image bellow.
Insert the FFC with the contacts facing up, toward the Pcam 5C PCB. The blue side (without contacts exposed) should be facing down on the Pcam side. Repeat the same procedure with the Pcam connector on the FMC Pcam Adapter, as you can see in the image number 2.

After this, please ensure the FFC is fully inserted, and press both sides of the black plastic tab back towards the rest of the connector to latch the FFC in. Bellow you can see two cables which are fully inserted.
Repeat the same procedure with the camera C and D. But, this time the cables should go trough the two slots which are present on the Adapter. If the cable has become disconnected from the Pcam 5C or the FMC Pcam Adapter, please repeat the steps presented above.

Finally, after you connected all the cameras, you have to connect the FMC connector to the ZedBoard. To ensure that it stays firmly in place you should use one or two bolts as you can see in the image bellow. 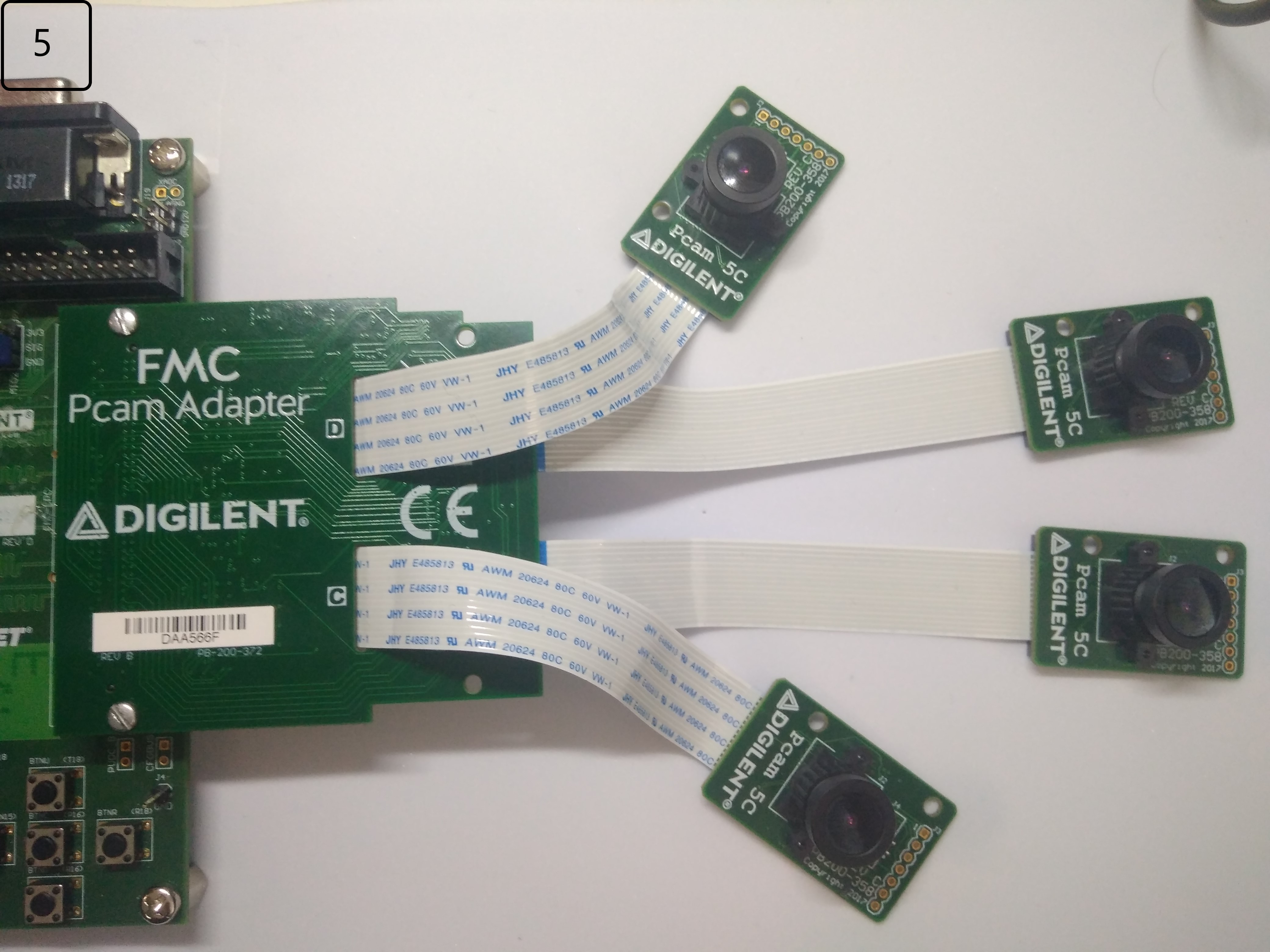 To see the UART communication channel, open a terminal program on your computer set to 115200 baud rate, 8 data bits, no parity bit and 1 stop bit. On startup, the ZedBoard will show feed-back and error messages on the serial console.

If a camera is unconnected you will receive an warning message. The program will skip this warning and will start to initialize the rest of the cameras.

Fig.7 Serial terminal that shows the Init. message and the incorrectly init of camera A

As I said before, if a camera is unconnected the project will continue the initialization of the rest of the cameras, and the VGA monitor will output a gray image, signaling the lack of video data in the DDR memory. 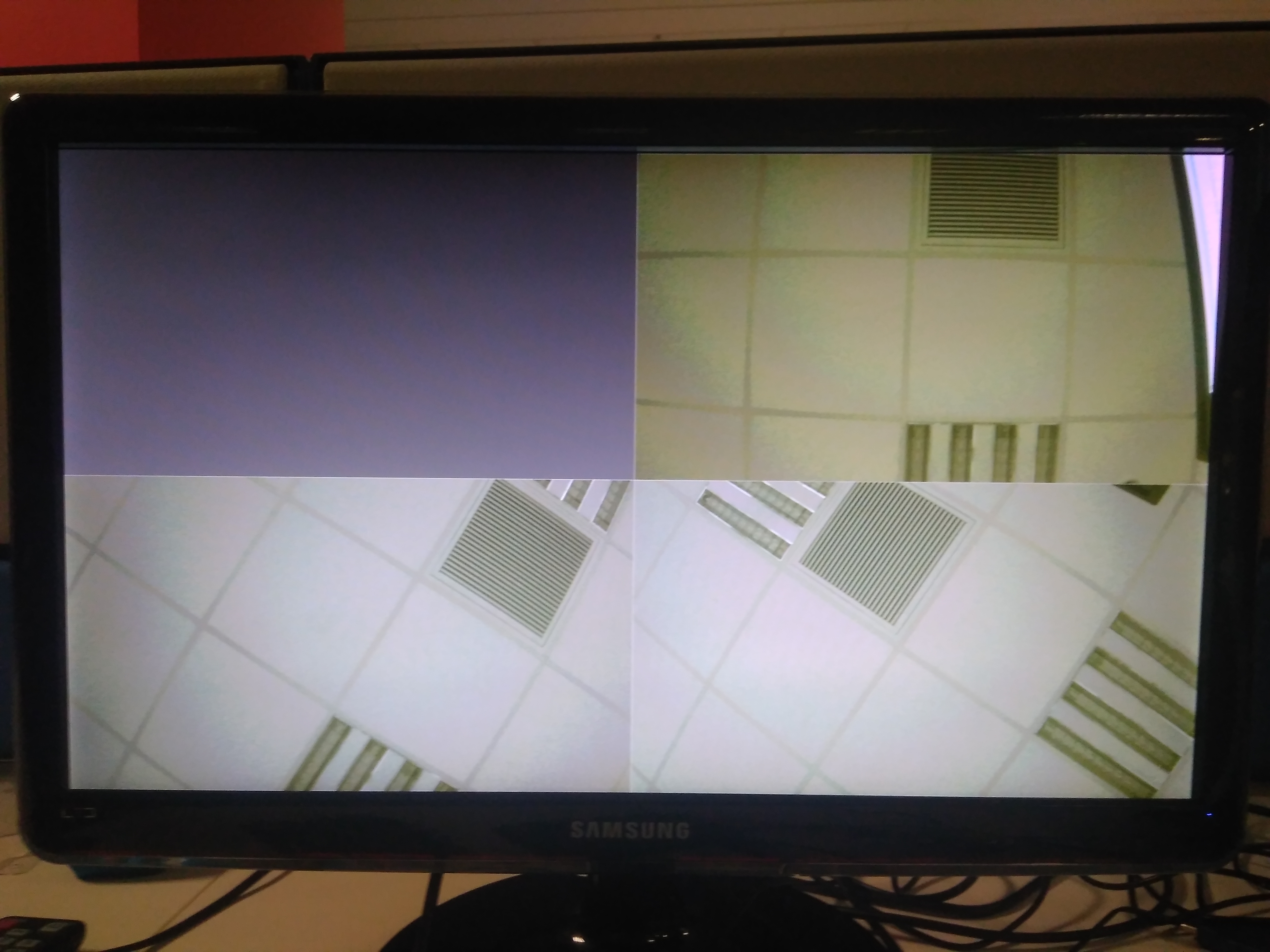 Fig.8 Output VGA image with the camera A disconnected