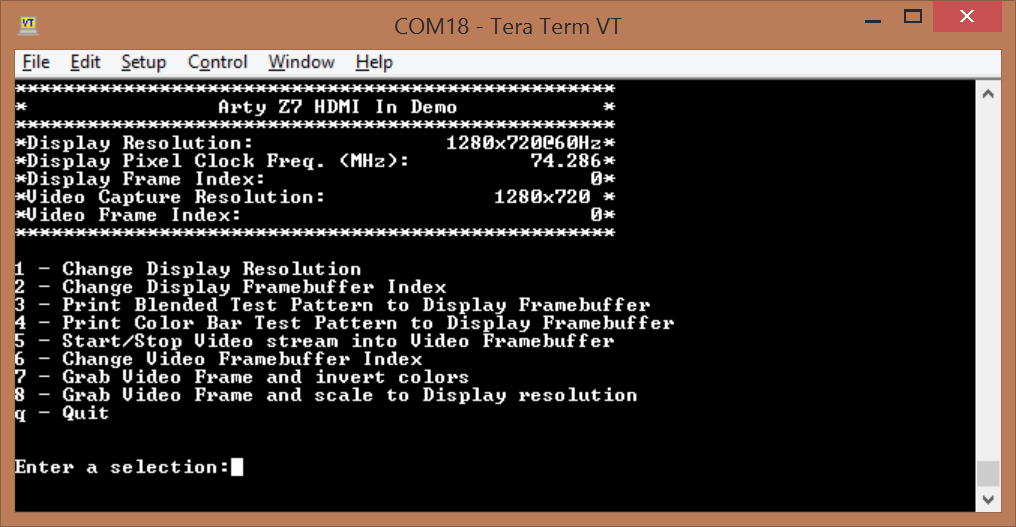 The Arty Z7 HDMI In project demonstrates the usage of the HDMI in and out ports on the Arty Z7 board. There are two projects, one for each variant of the board: Arty Z7-10 and Arty Z7-20. The behavior is as follows:

2) Plug one end of the HDMI cable into a video monitor and the other into the Arty Z7 HDMI out port. Do the same for an HDMI source, likely your computer, and the HDMI in port. 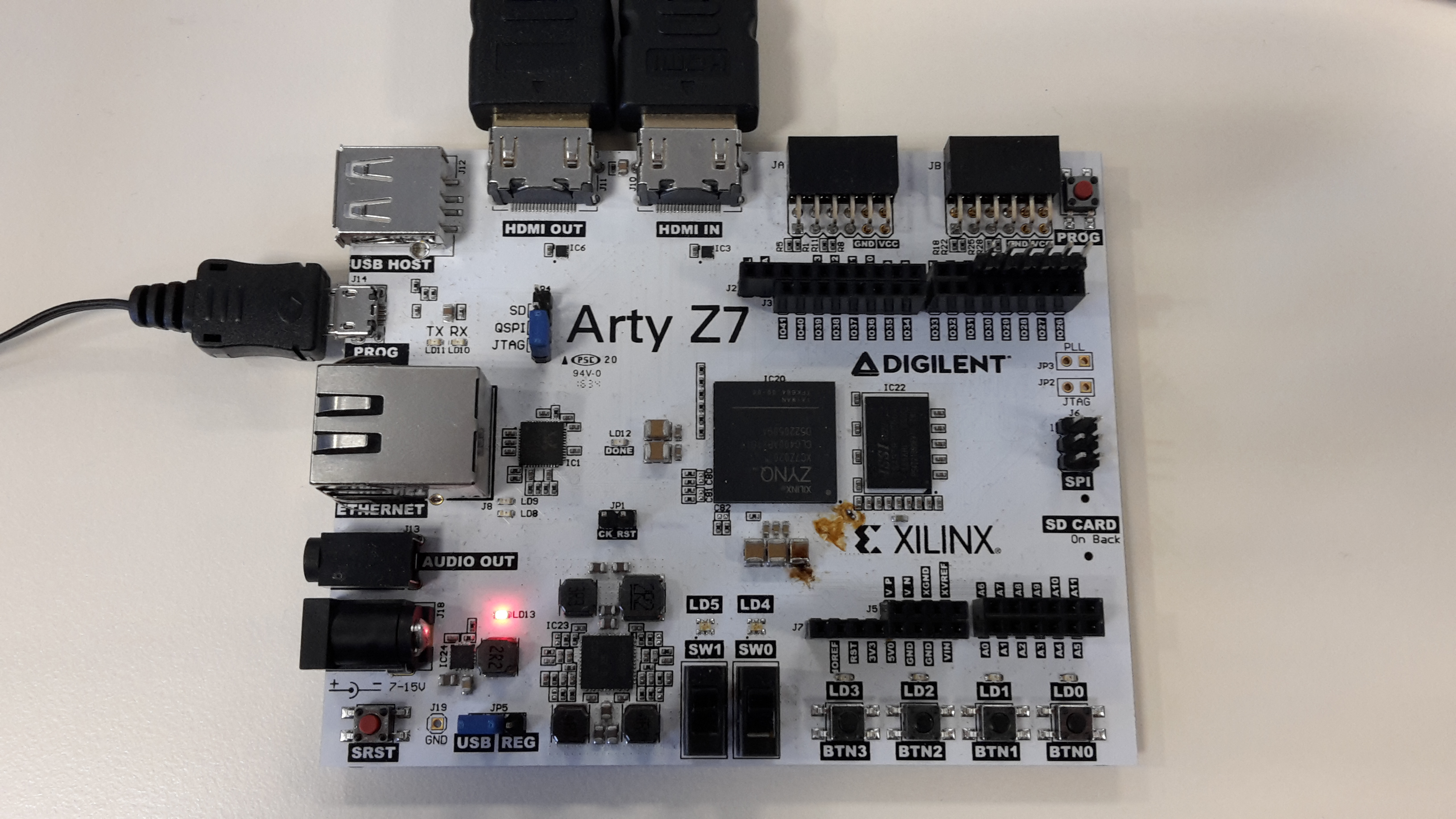 3) Turn on your board and open a serial terminal (such as TeraTerm) on your computer to receive status messages. Setup the serial port to connect to the appropriate port for your board, with a baud rate of 115200, 8 data bits, no parity bit and 1 stop bit. Then return to the Github Project Tutorial to finish programming and running the demo.

1 - Change the resolution of the HDMI output to the monitor.

2 - Change the frame buffer to display on the HDMI monitor. 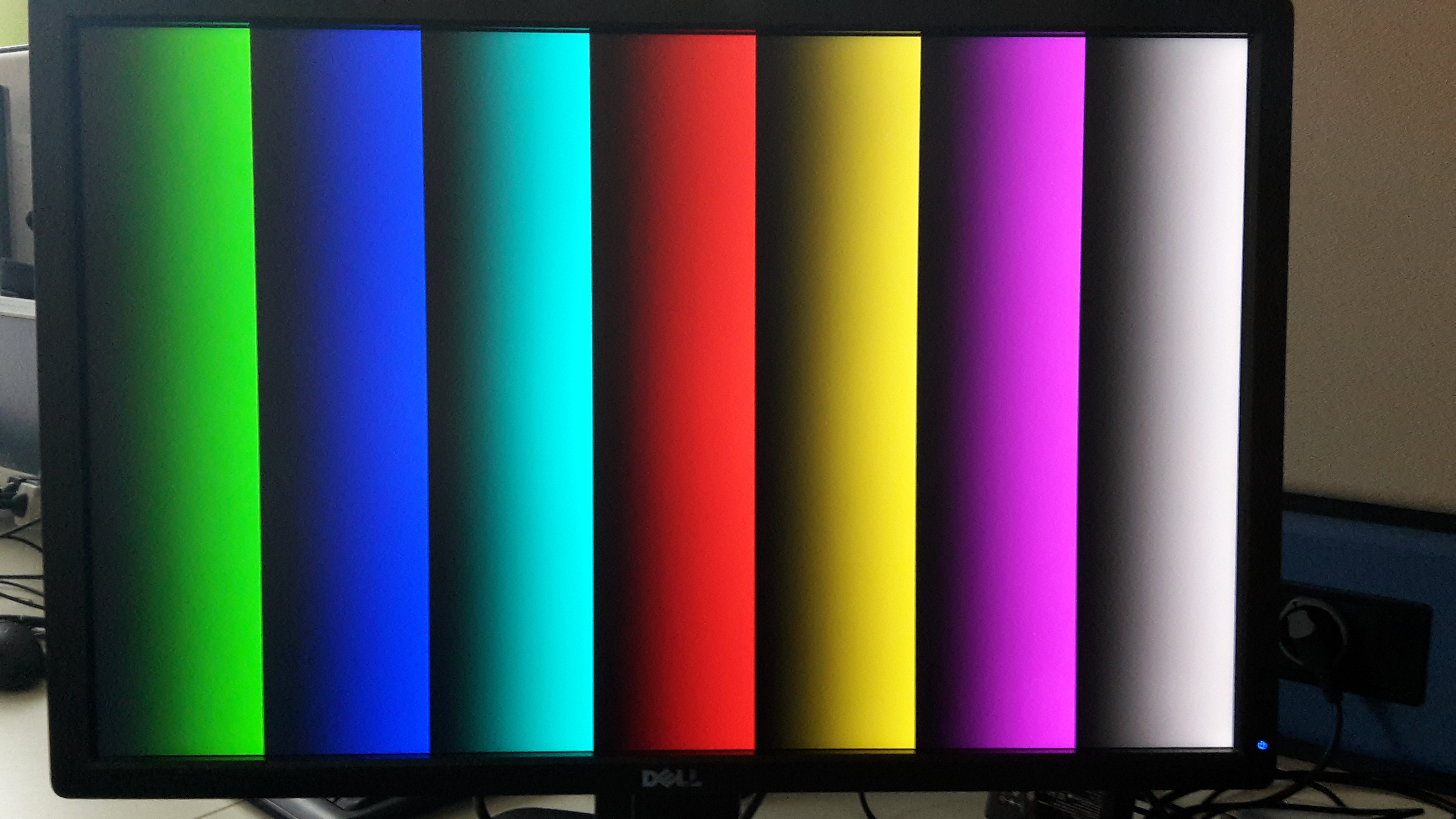 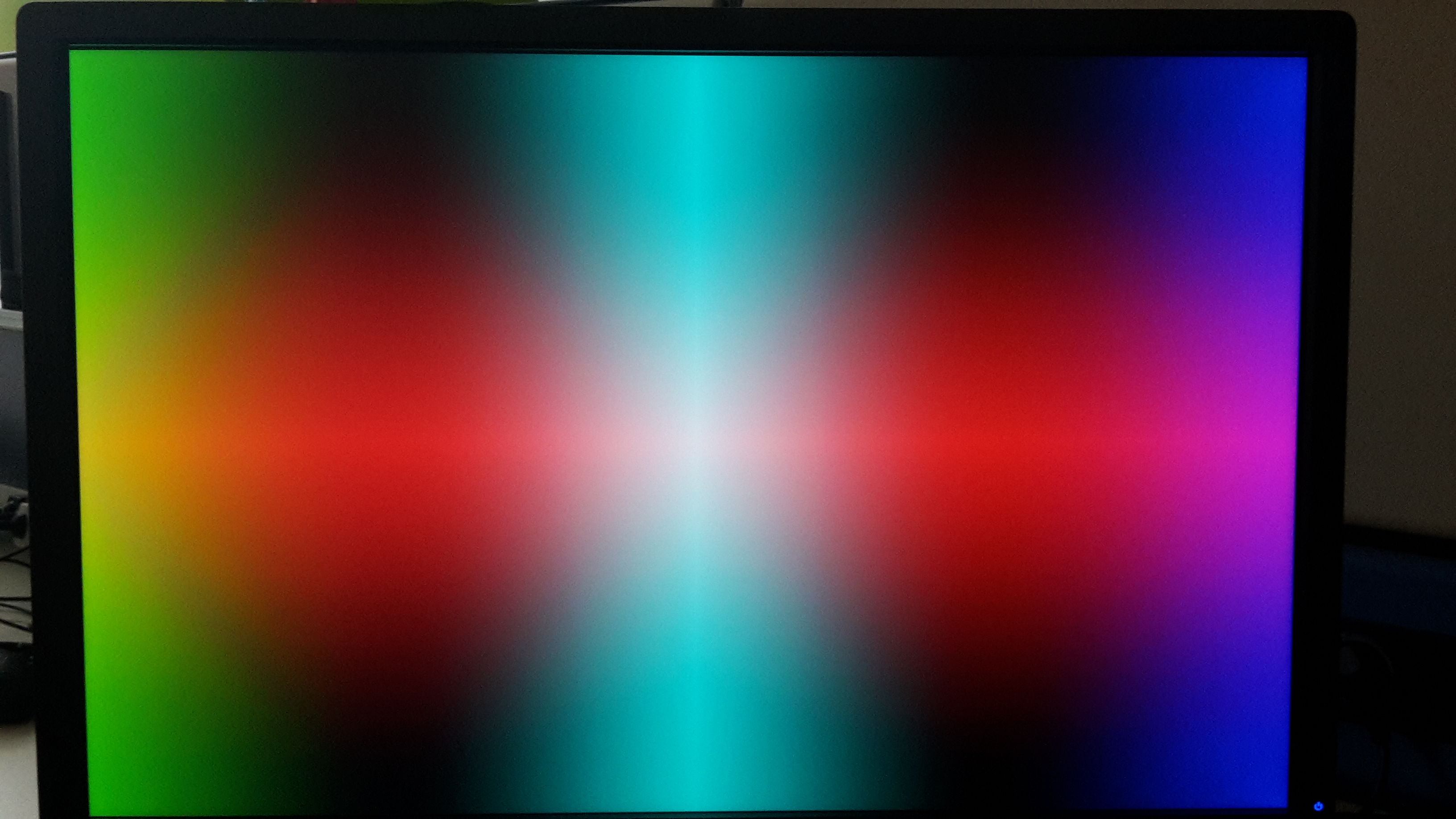 6 - Change the video frame buffer that HDMI data is streamed into. 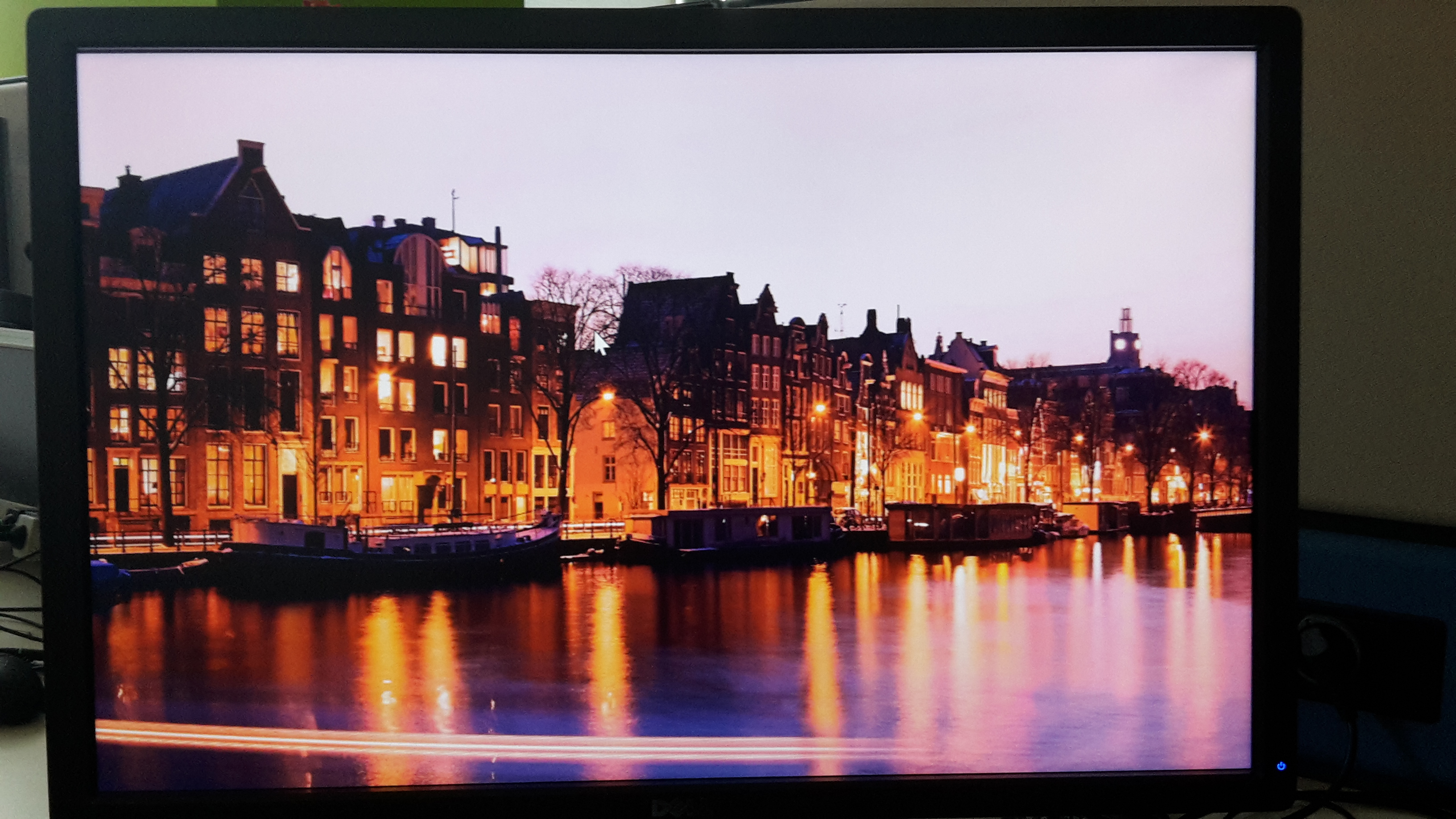 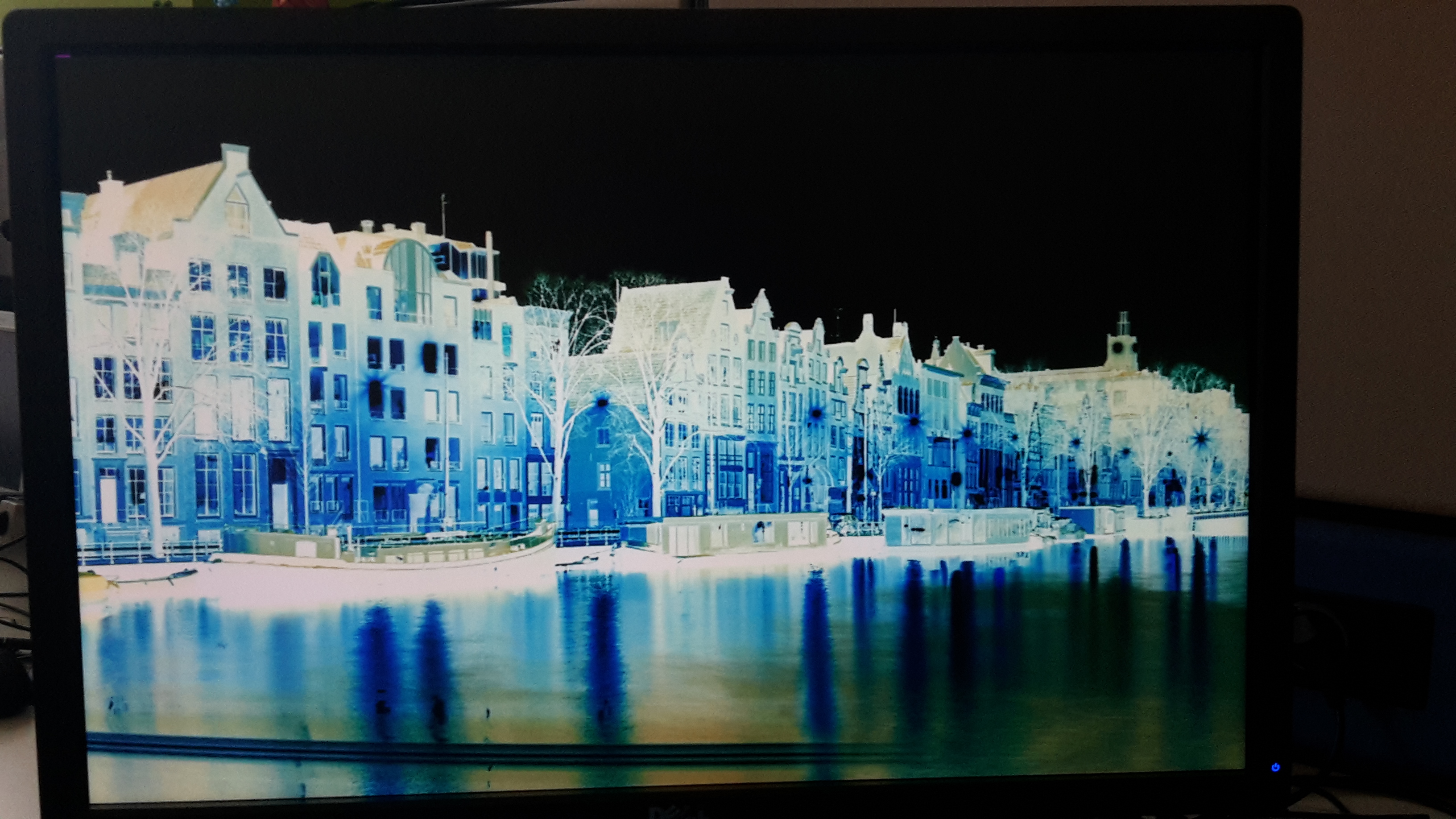 8 - Scale the current video frame to the display resolution, store it into the next video frame buffer, and then display it.