The Digilent Line-Following Motor Robot Kit (MRK+Line) provides the perfect starting point for those new to robotics, but has the power to be used for advanced designs and applications as well. The MRK+Line pairs our powerful Cerebot™ MX4cK microcontroller development board with a rugged steel platform and all the motors, wheels, sensors, and other parts needed to build a complete robot.

This document demonstrates a simple design that will get your MRK+Line up and running, using its four IROS sensors to follow a dark line on a lightly colored surface. Using your MRK+Line’s powerful Cerebot MX4cK microcontroller, you’ll be able to add all sorts of functionality to your robot. Add some of our extensive line of peripheral modules (Pmods™) and you can design almost anything!

The rugged steel components have holes on 1/2” centers so Digilent circuit boards and other vendors’ products can be easily attached.

Place the motor mount on the right side of the platform. Attach it with two screws. Attach the motors to the motor mount with the miniature screws. 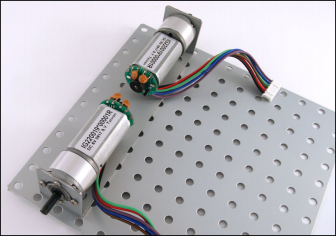 Attach the battery holder to the platform (near the motor mount) using the shorter Velcro strip. Attach the Pmod clips to the metal platform on both sides of the battery holder. 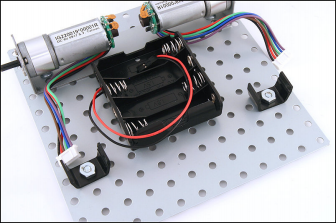 Attach the drag button to the platform, below the battery holder. 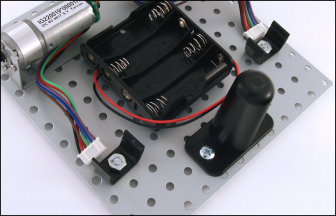 Attach the two PmodHB5 modules to the Pmod clips and connect them to the motors. 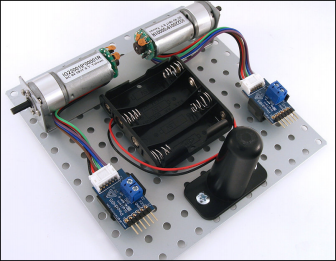 Get the two wheels and the rubber traction bands. Stretch the rubber band around the outside of the wheel. Attach the wheels to the motors. 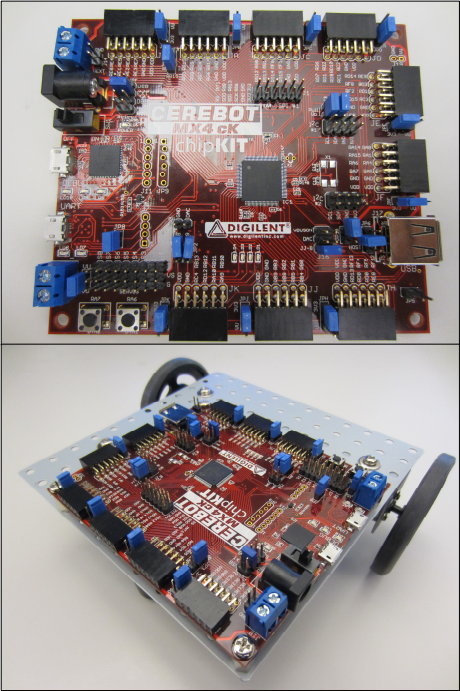 Connect the two PmodHB5 modules to port JD on the Cerebot MX4cK board using the two 6- pin cables. Using the PmodHB5s, connect the left motor to the bottom row of JD, and the right motor to the top row of JD. Use the marker on the cable connector to ensure that pin placements are in alignment when connecting the boards. See the pictures below. 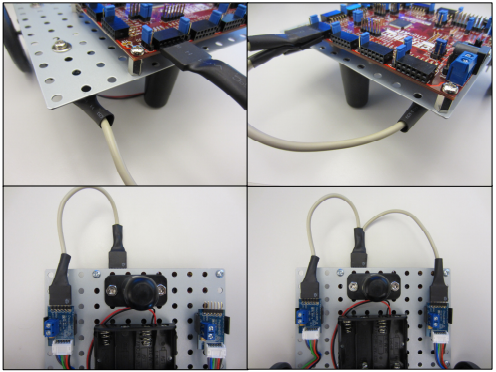 Strip 6mm of insulation from both ends of all four 22-gauge power wires. 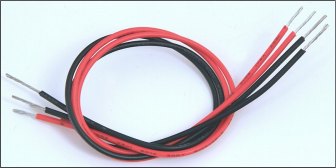 Route power wires from each PmodHB5 to the J18 power connector on the Cerebot MX4cK board, noting ground and voltage connections. 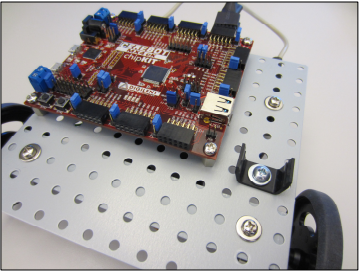 When you are ready to power the board, add four AA batteries to the battery pack, and connect the power cable from the battery pack to the J14 battery power connector on the Cerebot MX4cK board. 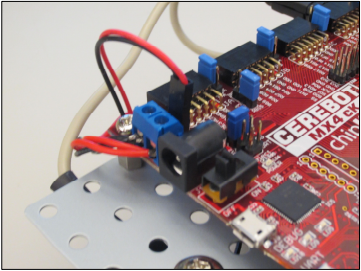 You can now use MPLAB or MPIDE to program the LineFollowingMRK demo project to the board. Again, this demo can be downloaded from the Line Following Motor Robot Kit product page at digilentinc.com. Note that running the reference design requires that the power select mode jumper J12 be shorted to External Power (EXT).

Once the board has been programmed with the reference design, place the robot on a lightly colored (preferably white) surface with a black line between the two middle sensors. Turn the board on and press button 2 (BTN2) to cause the motors to turn and watch the robot follow the black line. Press button 1 (BTN1) to stop the robot.