The Digilent Servo Robot Kit (SRK) provides the perfect starting point for those new to robotics, but has the power to be used for advanced designs and applications as well. The SRK pairs our powerful Cerebot™ MX3cK microcontroller development board with a rugged steel platform and all the motors, wheels, and other parts needed to build a complete robot.

This document demonstrates a simple design that will get your SRK up and running, able to move forward, backwards, and pivot left or right – all depending on which button is pressed. Using your SRK’s powerful Cerebot MX3cK microcontroller, you’ll be able to add all sorts of functionality to your robot. Add some of our extensive line of peripheral modules (Pmods™) and you can design almost anything!

The rugged steel components have holes on ½-inch centers allowing Digilent circuit boards and other vendors’ products to be easily attached.

Attach the servo brackets to the main plate as shown. 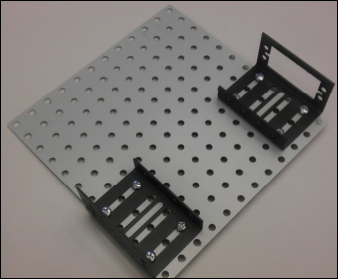 Add the standoffs to the robotic kit as shown below. Set four extra screws aside to mount the MX3cK in a later step. 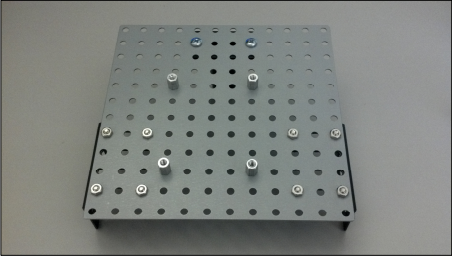 Attach the two Pmod clips with the hardware included in the Pmod clip bags. 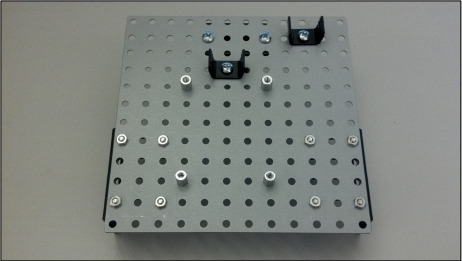 Peel off one side of the Velcro and stick it to the main plate. 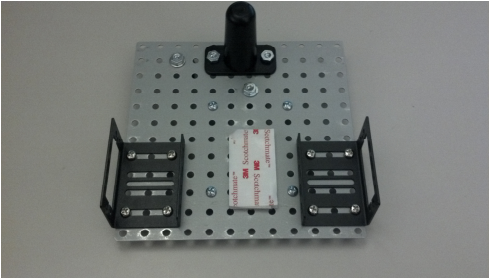 First, remove the white servo wheel by unscrewing the black screw, and set them aside. Mount the servos using the remaining hardware that came with the servo mounts.

Take out the two wheels and the rubber traction bands. Stretch the rubber band around the outside of the wheel. Then, attach the wheels to the servos, and secure them using the small black screws that were removed in the previous step. 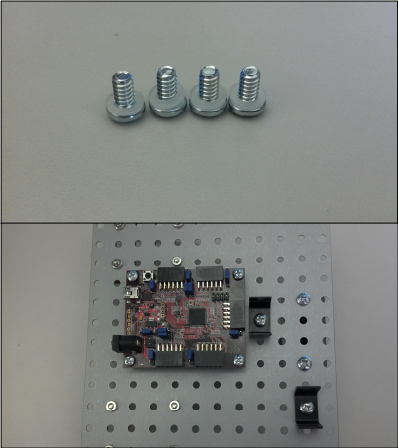 Connect the Pmods as shown below. The PmodCON3 connects to JC 6-10 (the bottome row) and the PmodBTN connects to JD 1-4 (the top row). Take care that the pins are all connected in the correct orientation. See below. The symbol that looks like a flower should only be visible on one end of the 6 pin cable, as you look down on the RDK. Connect the right servo to J4 and the left servo to J5 on the PmodCON3. The white cable must be connected to the pin labeled “SIG”. 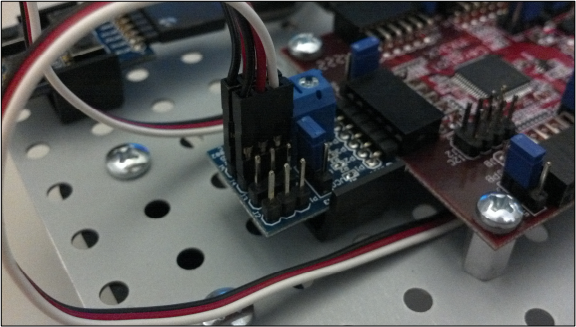 Remove the other piece of backing from the Velcro and attach the battery case. 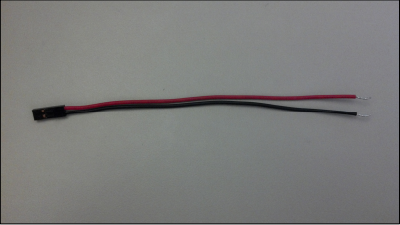 You can now use MPIDE to program the LineFollowingSRK demo project to the board. Again, this demo project can be downloaded from the Line Following Servo Robot Kit product page at digilentinc.com. Once the board is programmed, place the robot on a lightly colored (preferably white) surface with a black line between the two middle sensors. Turn the board on and press BTN2. The robot will start moving. To stop the robot, press BTN2 again. If the robot is moving in the opposite direction than expected, then check that step 10 above has been followed correctly.